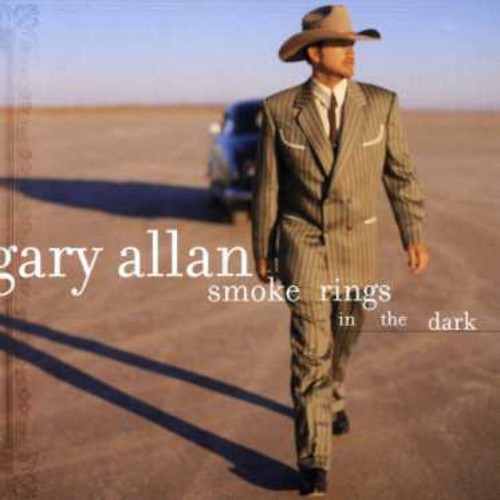 Gary Allan comes into his own with his 3rd album and debut release on MCA Nashville. The collection of songs included on Smoke Rings in the Dark makes it his most honest and rewarding album yet. Tony Brown and Mark Wright co-produced this powerful project, complete with swing, bluesy shuffle and twang. 1st single/video: "Smoke Rings in the Dark."

''Smoke Rings in the Dark'' is the third studio album from American country music singer Gary Allan. It was released on October 26, 1999 as his first album for MCA Nashville after the closure of Decca Records Nashville, his previous label. It was certified platinum by the RIAA and it produced three singles: the title track, "Lovin' You Against My Will", and "Right Where I Need to Be", which respectively reached #12, #34 and #5 on the Hot Country Songs charts. "Right Where I Need to Be" was also Allan's first Top Five country hit.

"Don't Tell Mama" was previously recorded by Ty Herndon on his 1996 album ''Living in a Moment'', and later by Doug Stone on his 2007 album ''My Turn''. Also, "Runaway" is a cover of a Del Shannon song. Allan's cover also charted at #74 on the country charts in 2000 based on unsolicited airplay. - Wikipedia