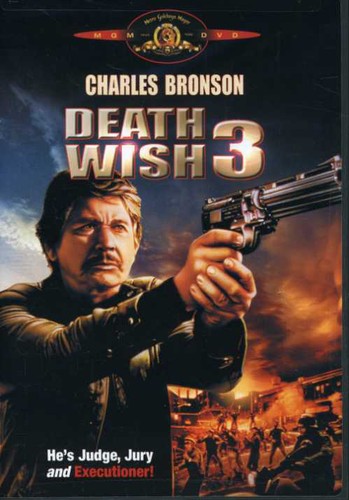 Paul Kersey doesn't seek out violence. It just seems to find him. But when it does he's not about to back down! Charles Bronson brings out the heavy artillery in this gun-blazing, no-holds-barred thriller! Road-worn and battle-weary, Kersey longs to leave his fighting days behind him. But when he arrives in New York to visit an old friend, he finds him brutally attacked and gasping for breath in a pool of blood! Now the silent avenger must wage war once more on the city's punks, thugs and hoodlums. But this time he's brought a small arsenal of guns, knives and even a bazooka to help him!