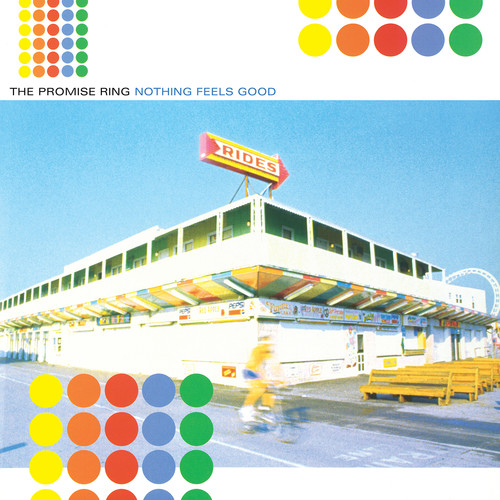 On their 1997 release The Promise Ring made emo more accessible, which laid the groundwork for the commercially successful acts that would follow. The band showed it doesn't always have to be such a pity party, and that catharsis can come in many forms, particularly in the naively optimistic power-pop of Nothing Feels Good. The pioneering band walked the line between brusque sentimentality and uplifting hooks, making them emo's first pop emissaries. Cheap Trick for hardcore kids. If Fountains of Wayne, Sebadoh, and Jonathan Richman had an emo love-child, Nothing Feels Good might be its name. The record was a high point for many fans of the band, and is considered one of the pillars of the genre. Perhaps because of this light-hearted yet concentrated approach, Nothing Feels Good landed with the kind of fanfare that hadn't been seen for a band from emo's sophomore class, selling over 50,000 records in its initial run. Considering a good run for some of their peers was around 10,000 to 15,000 albums, Nothing Feels Good was veritable emo-platinum.