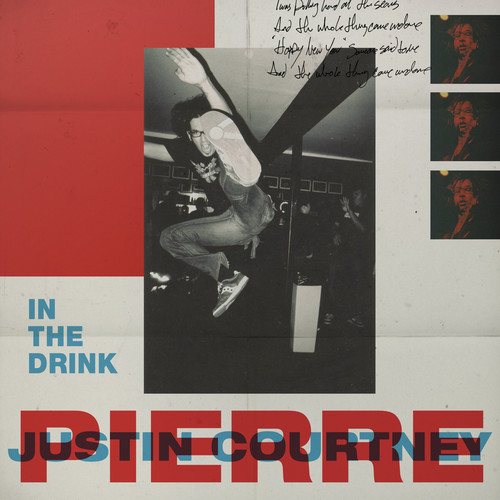 It's been a couple of years since we heard from Justin Courtney Pierre. When we last left off, his celebrated rock band Motion City Soundtrack decided to take a hiatus following a victory lap in support of their sixth album, Panic Stations. This culminated with a Riot Fest performance and a sold-out, career-spanning show at The Metro in Chicago in September of 2016. In reality, what he's been doing lately hasn't been terribly exciting bio fodder: He's been in Minneapolis, mowing the lawn, cultivating tomatoes, taking care of his daughter and figuring out who he is if he isn't the guy fronting Motion City Soundtrack. “I guess the jumping off point for this album was that I wanted to see if I could just write everything myself and perform as much of it as I could,” Pierre says of the impetus for his first solo album, In The Drink. When it came to recording the songs, it made perfect sense to enlist longtime collaborator and Motion City Soundtrack guitarist Josh Cain to produce In The Drink. “Working with Josh on this album was super fun because we have been working together for 20 years and basically share a brain. But it didn't have the same dynamic of Motion City Soundtrack in the sense that at the end of the day I got to call all the shots,” Pierre says. Musically, In The Drink sees Pierre evoking his usual influences like Pavement, Superchunk, The Flaming Lips, Jawbox, Fugazi, Sonic Youth, Dinosaur Jr., Nirvana, more Jawbox, Tom Waits, The Carpenters and Eddie Money, but through his own unique perspective and sung via his instantly recognizable tenor. From the quirky, anthemic pop of “Anchor” or “I Don't Know Why She Ran Away” to more moody, darker material such as “Moonbeam” (which features guest vocals from Jenny Owen Youngs) and the experimental closer “Goodnight Hiroyuki,” the album is Pierre at his most unfiltered and the results are sublime (even if it sounds nothing like Sublime).