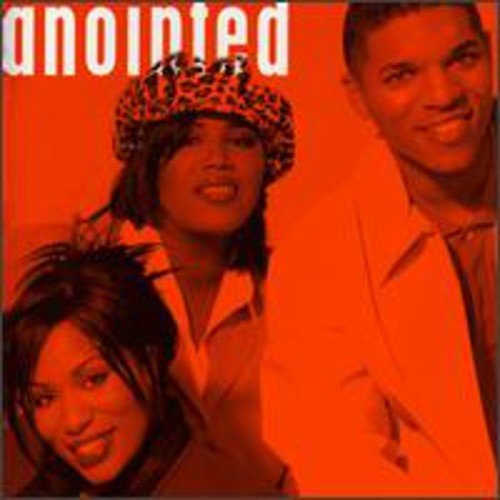 Self-titled, the fourth long-player by the Anointed has been referred to by those in the trio's camp as their "dream record," made silky-smooth by an all-star group of wish-list producers including Keith Crouch and Tony Rich. While hardly breaking new ground, and a little saccharine for some tastes, Anointed witnesses to the faithful in a slicked-up eclecticism that will appeal to the most secular R&B pop fans. "Something's Missing" is a sensual ballad firmly grounded by spiritual ideals. "Ooh Baby" is a dance-inflected harmony anthem underscored with a fat bass-delay beat. "Take It Easy," a funked-up, whirling R&B number, features the skitter-scat showboating of Steve Crawford on lead vocals. Most insightfully infectious, however, are the opening and closing numbers-the unadulterated disco-gospel joy of the album version of "Revive Us" (there are two alternate cuts not featured here) and the soulful optimism of the eminently singable "Anything Is Possible."
back to top