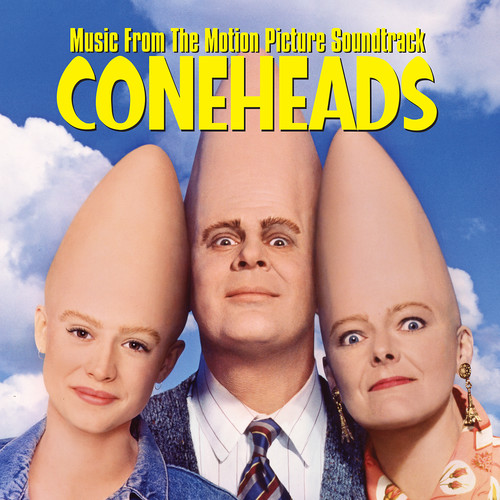 The album featured a number of great tracks Ė many of which had stories tied to it specifically. ďNO MORE TEARS (ENOUGH IS ENOUGH)Ē by k.d. lang and ANDY BELL (OF ERASURE FAME) had performed the Platinum release originally made famous as a duet by Barbara Streisand and Donna Summer for the Brit Awards and then recorded for inclusion on the Soundtrack. RED HOT CHILI PEPPERS supplied ďSoul To Squeeze,Ē an unused track from Blood Sugar Sex Magic which had been a B-side for ďUnder The Bridge.Ē Released as a single from Coneheads, it went to number one for five weeks on the Modern Rock chart. MICHAEL MONROE (HANOI ROCKS) and SLASH teamed up to record the old Steppenwolf gem, ďMagic Carpet Ride.Ē BARENAKED LADIES cover Public Enemyís ďFight The Power.Ē R.E.M. also contributed the B-side to ďDrive,Ē ďItís A Free World, Baby.Ē