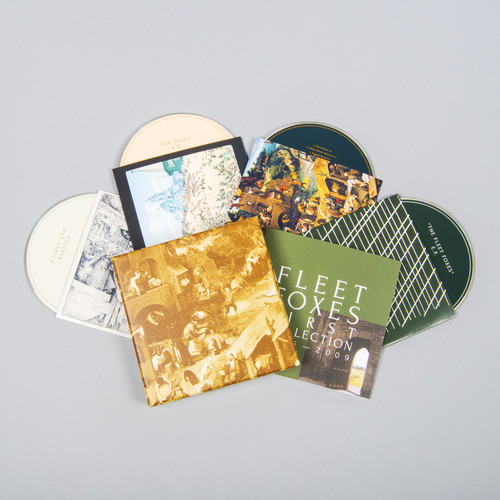 Fleet Foxes and Sub Pop present a limited-edition collection in honor of the 10th anniversary of Fleet Foxes’ debut LP. First Collection 2006–2009 spans the early days of Fleet Foxes’ career, including the self-titled debut album, plus the Sun Giant EP, The First EP (formerly a self-titled, very limited-edition, self-released EP), and B-sides & Rarities. The vinyl version is packaged in a lavish box, with a 12” LP of the debut album and separate 10” records for each of the added titles; the CD version has a separate CD for each title. In addition to its musical offerings, the collection features a 32-page booklet including show flyers, lyrics and artwork from band’s early history.