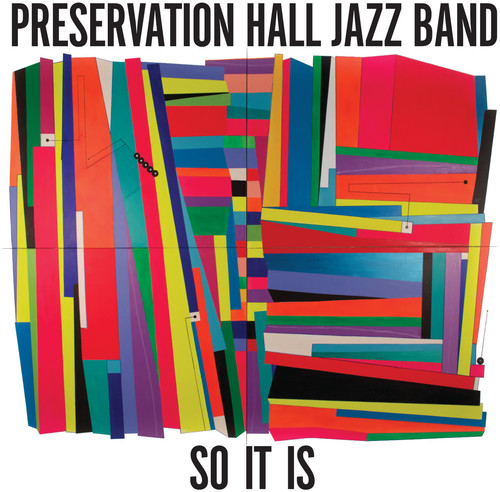 At a moment when musical streams are crossing with unprecedented frequency, it’s crucial to remember that throughout its history, New Orleans has been the point at which sounds and cultures from around the world converge, mingle, and resurface, transformed by the Crescent City’s inimitable spirit and joie de vivre. Nowhere is that idea more vividly embodied than in the Preservation Hall Jazz Band, which has held the torch of New Orleans music aloft for more than 50 years, all the while carrying it enthusiastically forward as a reminder that the history they were founded to preserve is a vibrantly living history. So It Is (2017) finds the classic Preservation Hall Jazz Band sound invigorated by a number of fresh influences, not least among them the band’s 2015 life-changing trip to Cuba. A visit to the island, so integral to the evolution of jazz and New Orleans culture in general, had long been in the works when President Obama’s diplomatic opening suddenly allowed for a more extensive journey than had originally seemed possible. Producer David Sitek, a founder of art rock innovators TV on the Radio who has helmed projects by Kelis, the Yeah Yeah Yeahs and Santigold among others, offered both a keen modern perspective and a profound respect for the band’s storied history. So It Is is now back in print on vinyl and CD via Sub Pop, which signed Preservation Hall Jazz Band in 2018, and will soon be releasing new music by the band.