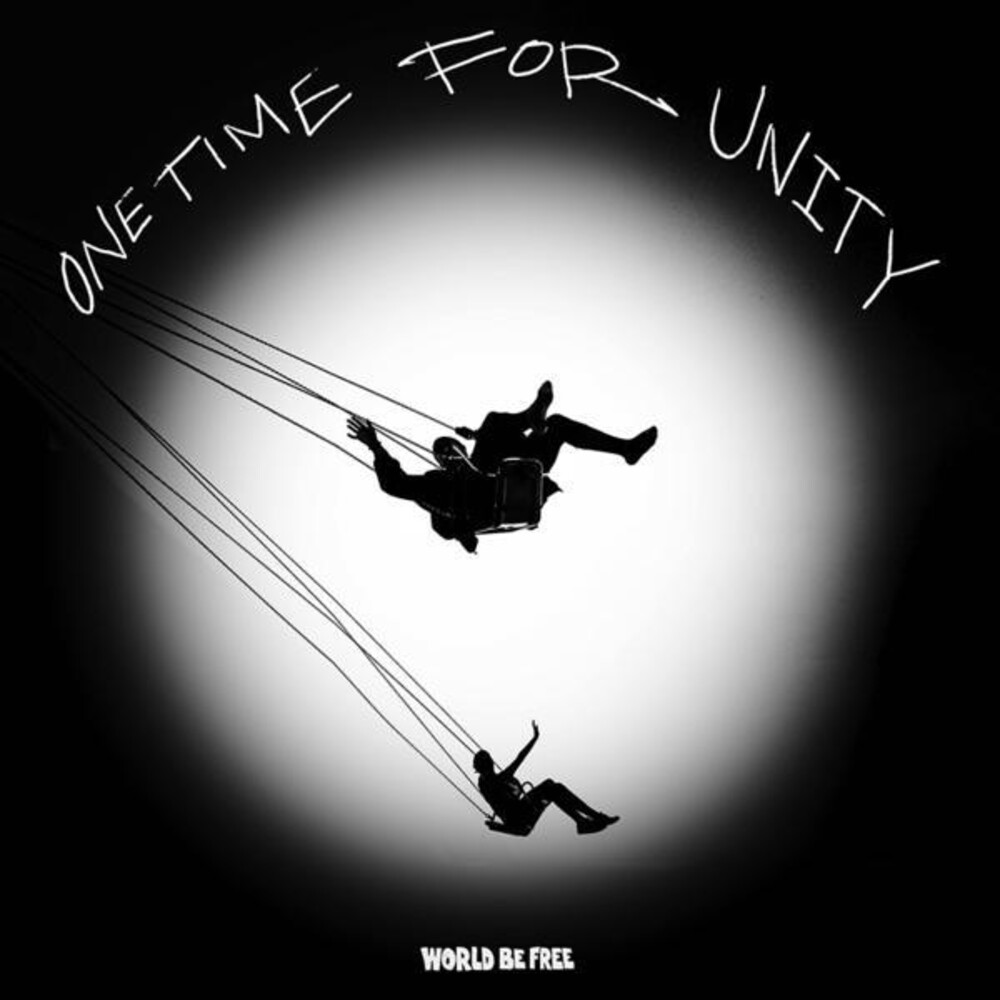 One Time for Unity is the new five-song EP from World Be Free, the Los Angeles-based band formed in 2014 and is comprised of vocalist Scott Vogel (TERROR, BURIED ALIVE), guitarist Joe Garlipp (ENVY), guitarist Andrew Kline (STRIFE, BERTHOLD CITY), drummer Sammy Siegler (JUDGE, CIV, RIVAL SCHOOLS), and bassist Alex Barreto (CHAIN OF STRENGTH, EXCEL). Barreto recently joined the fold, replacing Arthur Smilios (GORILLA BISCUITS) who was the lone member living on the East Coast, making it geographically difficult for the bassist to participate. 'Band members are all key ingredients, you change one and it can influence the sound', says Siegler, 'Alex's approach is more agro, heavier and you hear that in this music.' Since releasing their debut full-length album, The Anti-Circle, on Revelation Records in 2016, World Be Free played a handful of shows, but were sidelined by everyone's schedules (Garlipp is a tour manager for THE WHO), and frontman Vogel's neck surgery. During this forced hiatus, World Be Free continued to write new material, and when the moment presented itself, they focused on the five tracks which eventually became One Time for Unity. The self-produced EP was tracked with Davey Warsop, and the vocals were recorded with Nick Jett, the same team that worked on World Be Free's previous release. They brought in Jon Markson for the mix and worked with Jason Peterson on the visuals. Known for his photography, Peterson is an old-school Arizona hardcore kid who played in WINDS OF CHANGE (formerly YOUTH UNDER CONTROL). During the peak of the COVID-19 lockdown, the members of World Be Free got scrappy and pieced together a video for the song 'Down & Beyond,' self-shooting and relying on Joseph Pattisall to bring the compiled visuals to life. Chuck Ragan of HOT WATER MUSIC provides guest vocals on the EP's title track, one of the more melodic moments on the record. Vogel says of the cameo, 'HOT WATER MUSIC is my favorite band ever, so to have him on a song is a dream come true for sure. Having Walter (Shreifels) on the first record, and now Chuck on this second release, is really special for me. I would have never imagined this would come together in my lifetime.'