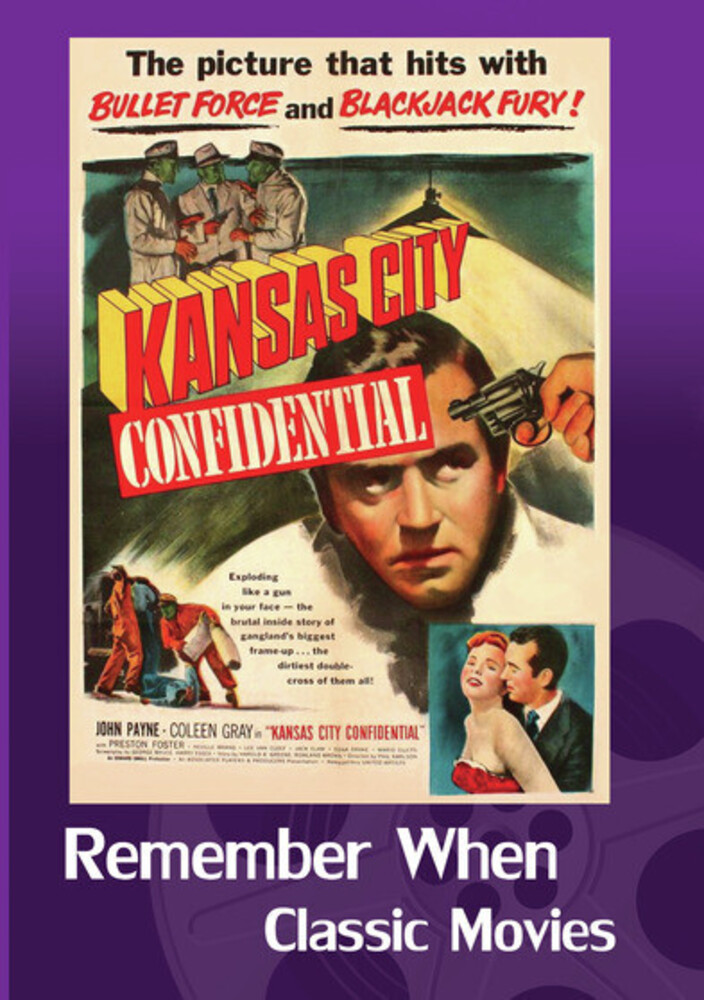 Kansas City Confidential is a 1952 American film noir and crime film starring John Payne and Coleen Gray. A nameless, ruthless man Tim Foster, (Preston Foster), who goes by the name of Mr. Big, is planning a bank heist from one of the armoured cars containing lots of bank money. He is casing the armoured car and needs a gang to help him rob it. He selects three men for the gang - the addictive gambler, Peter Harris (Jack Elam), wanted for murder gum-chewing thug Boyd Kane (Neville Brand) and the womanizing Tony Romano (Lee Van Cleef). While interviewing the three men Foster wears a mask so they cannot identify him. He has selected them because each of them have a reason for fleeing the US. They will fit perfectly into Mr. Big's complex plan, which appears to be an ordinary robbery but is much, much more. Mr. Big's robbery proves successful and his gang has subdued the armoured car guards in four minutes, grab bags containing $1.2 million and flee. Escaping, Mr. Bigs gives each gang member a torn playing card. He tells them to hang onto the cards as they will identify them to whomever he sends with the money. When the gang members object, Mr. Bigs tells them that they cannot rat each other out since he had them all wear masks, and that he has made them cop-proof and stoolpigeon-proof, and it's going to stay that way. A mystery man sends the three to other countries to wait for the final payout. You will just have to watch the entire film to find out about the many plot developments and to be able to appreciate this great film noir movie.