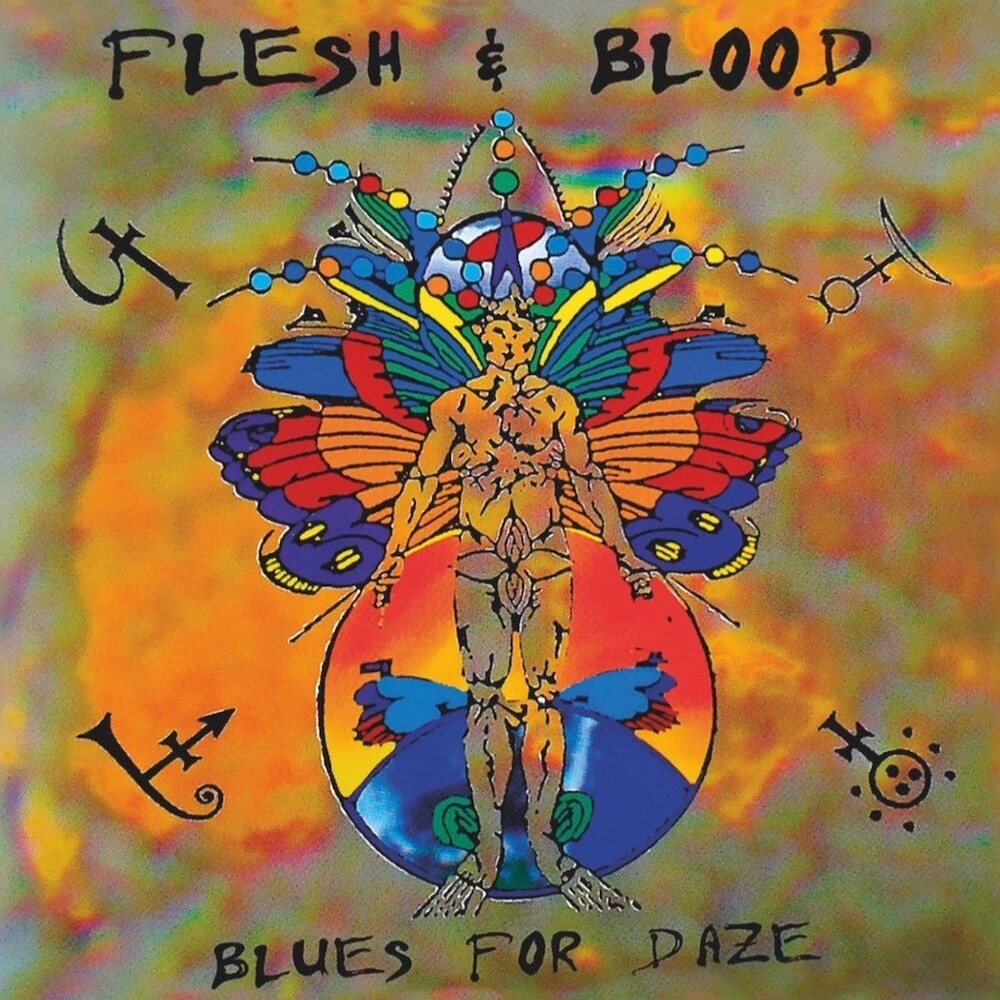 FIRST TIME REISSUE INCLUDING 2 BONUS TRACKS / FULL BOOKLET -REMASTERED - FLESH & BLOOD was an amazing super-group put together by Mark Mangold after his 3 AOR albums with Drive She Said, looking for a more rocking, rootsy, bluesy-based sound. Alongside Mark Mangold on keyboards there's the awesome Danny Vaughn (Tyketto) on vocals and blues harp and guitars on the bonus tracks, Al Pitrelli (Savatage, Joe Lynn Turner, Alice Cooper) on guitar, Chuck Bonfante (Saraya, Drive She Said) on drums and Mitch Distefano on bass. FLESH & BLOOD's "Blues For Daze" is bluesy-based hard rock... classic rock mixing upbeat rockers and atmospheric midtempo / ballads with more than a hint of AOR / Melodic Rock. It has something for everyone; inspired songwriting and classy keyboards from Mark Mangold, superlative guitars from Al Pitrelli, a rock-solid rhythm section courtesy of Chuck Bonfante and Mitch Distefano, topped off amazingly by Danny Vaughn's fantastic vocals. The band started the recording of the album without a record label pressure, so you can clearly feel how all musicians are enjoying the sessions. This resulted in a truly 'flesh & blood' album coming from the heart, played by all involved with real passion for this rootsy rock, without a doubt, the seminal style which shaped their formative years as musicians. Vaughn & Co. Rock out to "Feel the Power", "Shake Ya Tail Feather", title track "Blues For Daze (Mr. Blue)" and "I Know Where You Been", then chill out for the beautiful "Bed of Roses", "Jenny Doesn't Live Here Anymore", "Man Enough" and the classic "Voodoo Moon". And if you aren't drumming your fingers within seconds to the intro of "Boogie Chile", you just aren't human! "Sweet Sister Rose" is a classic sleazy, ride through slide guitar, ending with a ferocious choir chant. Closer "Judgment Day" is another winner, which reminds lyrically, but also from a musical point of view, of the rock 'n roll mantra... let me live my life and stay outta my business... Recorded in the mid-Nineties, "Blues For Daze" became an out of print collectors piece. The band reformed in the fall of 2020, for this release, to record two new songs and their sound clearly remains the same on "Ready To Roll". On the second new track, Danny Vaugh shines with an acoustic version of "Riverside", the bluesy song already on the record, showing off not only his vocal chops, but also playing acoustic guitar and blues harp. This is an awesome rockin' CD, and if you enjoyed the recent Tyketto album you must hear Danny Vaughn's astonishing performance here.