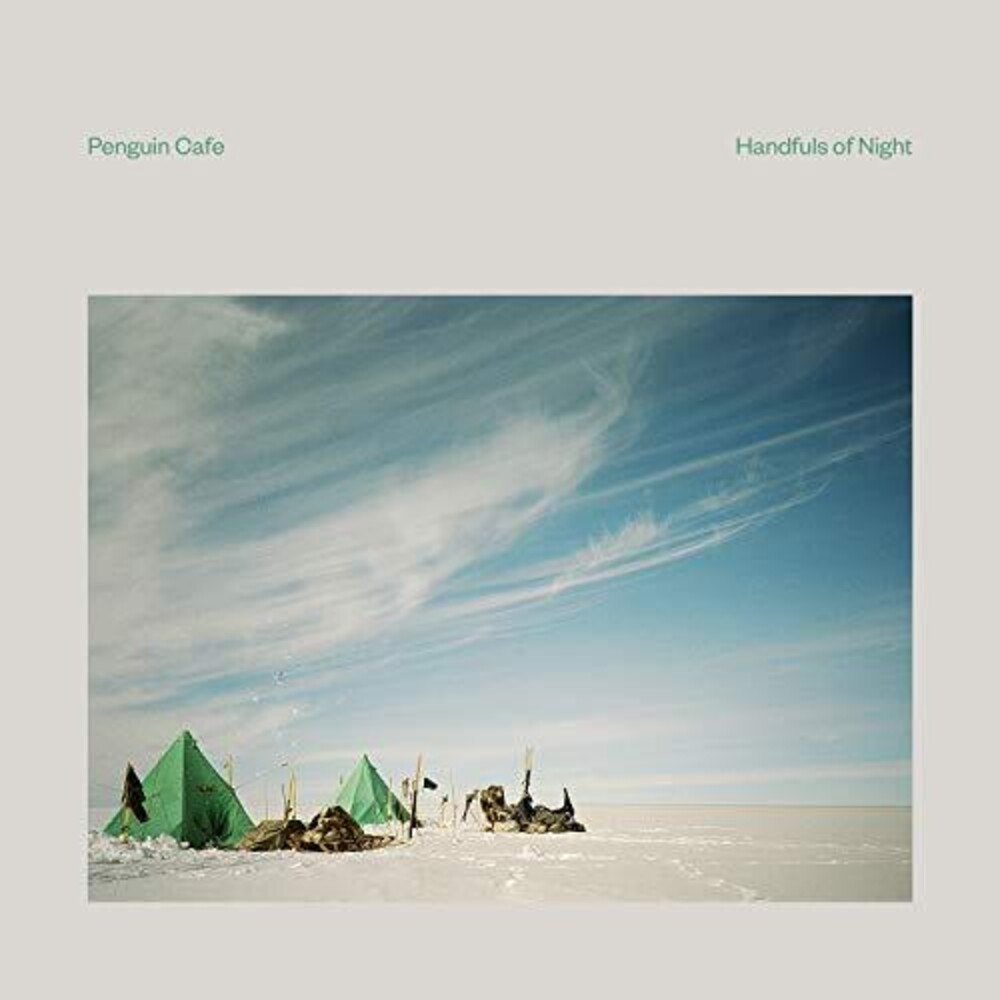 On October 4th Erased Tapes present Handfuls of Night ' the highly anticipated follow-up to Penguin Cafe's much applauded 2017 album The Imperfect Sea 'inspired by the Antarctic, Arthur Jeffes' journey following in Scott's footsteps and our penguin friends that reside there. Using gut-stringed violins, viola, cello, bass, percussion, upright and grand pianos, synthesiser, harmonium and more, Arthur Jeffes and his cohorts have crafted a vivid series of panoramic sonic landscapes, that are as rich in cerebral poignancy as they are in emotional depth. Bookended by the atmospheric ambient piano pieces 'Winter Sun' and 'Midnight Sun', the album traverses glacial minimalism with ease, combining their signature contemporary classical panoramas, such as the melancholic yet upbeat lead track 'At the Top of the Hill, They Stood...' and the colossal cinematic piece 'Chapter', with the crystalline folktronica on 'Pythagorus on the Line Again' ' a re-visiting and continuation of the Penguin Cafe Orchestra's 1993 Union Cafe song on the principles of harmonics. Handfuls of Night began life after Greenpeace commissioned Jeffes to write four pieces of music corresponding to four breeds of penguins, to help raise awareness for the endangered Antarctic seas . A fundraising evening at Earth in Hackney followed, where Penguin Cafe premiered the four songs named after their feathered counterparts to a sold out audience; the rousing contemporary folk inflected 'Chinstrap', the mournful and minimalistic 'Adelie', stoic and rhythmic 'The Life of an Emperor' and the wistful, string-laden 'Gentoo Origin'.