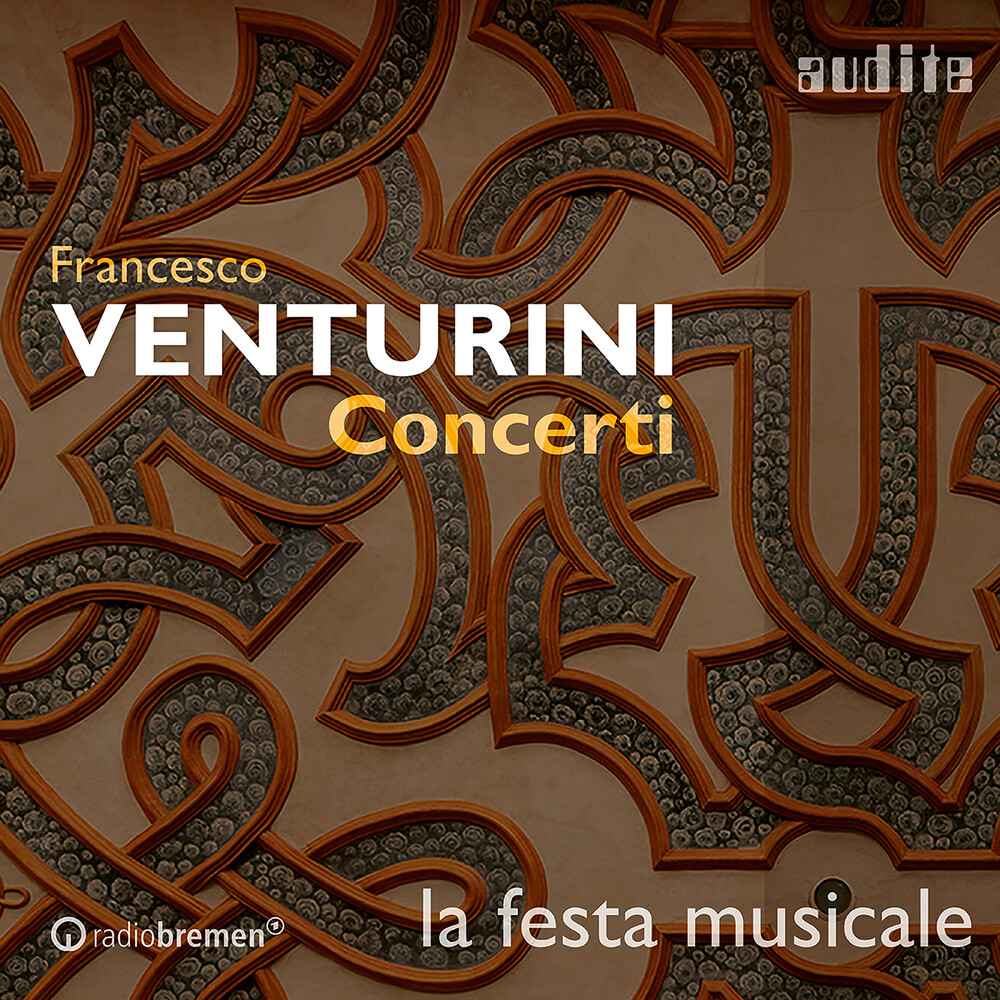 The Concerti of the violinist-composer Francesco Venturini (c.1675-1745) are a real discovery - melodious, virtuosic, elegant and dance-like, combining Italian and French stylistic elements to form a "mixed taste", as Telemann described this melange. Inspired by the pulsating cultural and intellectual life at the Hanoverian court, Venturini wrote ambitious orches-tral music full of joie de vivre, defined by numerous concertato passages for both wind and string instruments. His works feature a rich diversity of - sometimes unusual - colors: as his concerto soloists, he chooses not only combinations of one or two oboes, recorders and violins, but also two bassoons and two cellos, or even an oboe, two recorders and violin - the latter being a combination reminiscent of JS Bach's Brandenburg Concertos which were to be written a few years later. The release marks the beginning of the collaboration between audite and la festa musicale. The ensemble presents a representative cross section of Venturini's instrumental music: three orchestral suites from Opus 1, which was already published in print during his lifetime, as well as two discoveries from Swedish music collections; three works are presented as first recordings (Op. 1/2, Ouverture a 5, Concerto a 6). The North German baroque ensemble la festa musicale stands for first rate artistic level, which is reflected in creative, interdisciplinary concert formats and top-class collaborations. The interpretations intensify the colorfulness of the works by means of instrumentation variations beyond the original score, in line with the common practice in the Baroque period, as well as by additional effects such as the use of percussion instruments.