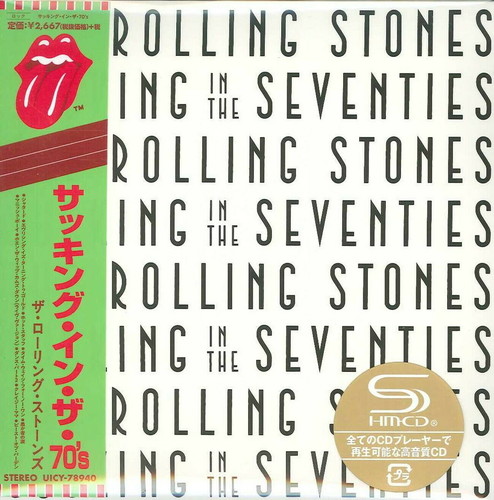 Japanese SHM-CD paper sleeve pressing. Features 2005 remastering. Sucking in the Seventies is the fourth official compilation album by The Rolling Stones, released in 1981. As the successor to 1975's Made in the Shade, it covers material from It's Only Rock 'n Roll, Black and Blue, Some Girls and Emotional Rescue recording sessions. Universal. 2019.