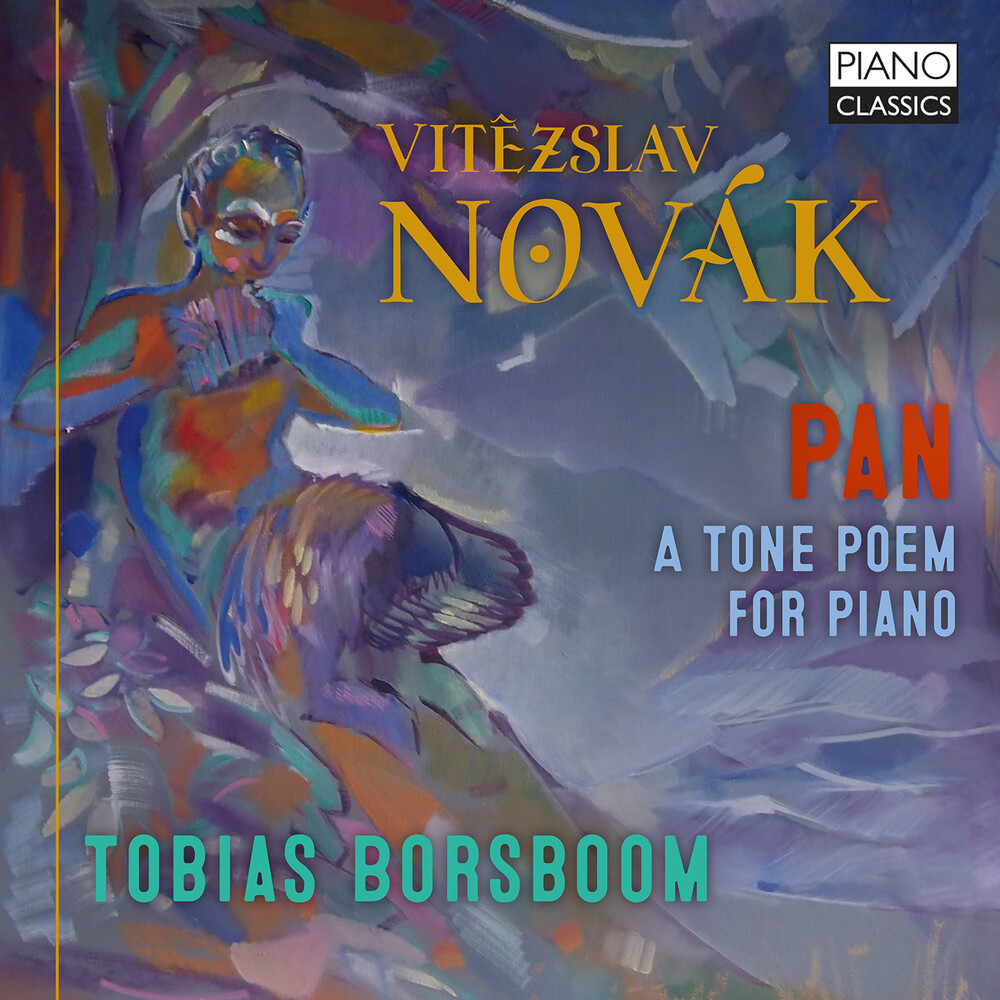 For his debut on Piano Classics, the Dutch pianist Tobias Borsboom presents a unique new recording sure to attract the attention of pianophiles everywhere: the five-movement, hour-long tone-poem which Vítezslav Novák (1870-1949) composed in 1910. The work is marginally better known through the orchestration made by the composer two years later, but the great breadth, melodic richness and sumptuous harmonies of Pan still await discovery by all but the most devoted follower of Slavonic byways. Novak composed the work at the height of his powers. IT presents a pantheistic, spiritual autobiography in music, responding to the idea of the Greek god, and the myths associated with him, through highly colourful, evocative music. The forest stirs and murmurs in a manner reminiscent of Dvorak, but the sea also swells with Debussyan waves of sonority and there are hints of Janacek in the cycle's brooding second movement, 'The Mountains', which inhabits the mood of Novak's more concise orchestral masterpiece, In the Tatras Mountains. As Tobias Borsboom observes in his invaluable booklet essay, the cycle emulates Smetana's Ma Vlast in pursuing a cyclical unity through the return of themes and leitmotifs. Thus the opening 'Pan' theme lends a universal, shaping power to the entire work. A glorious C major apotheosis - on the scale of Scriabin, Schoenberg and Strauss in their contemporary works - brings the finale, 'Woman' to a transcendent climax.