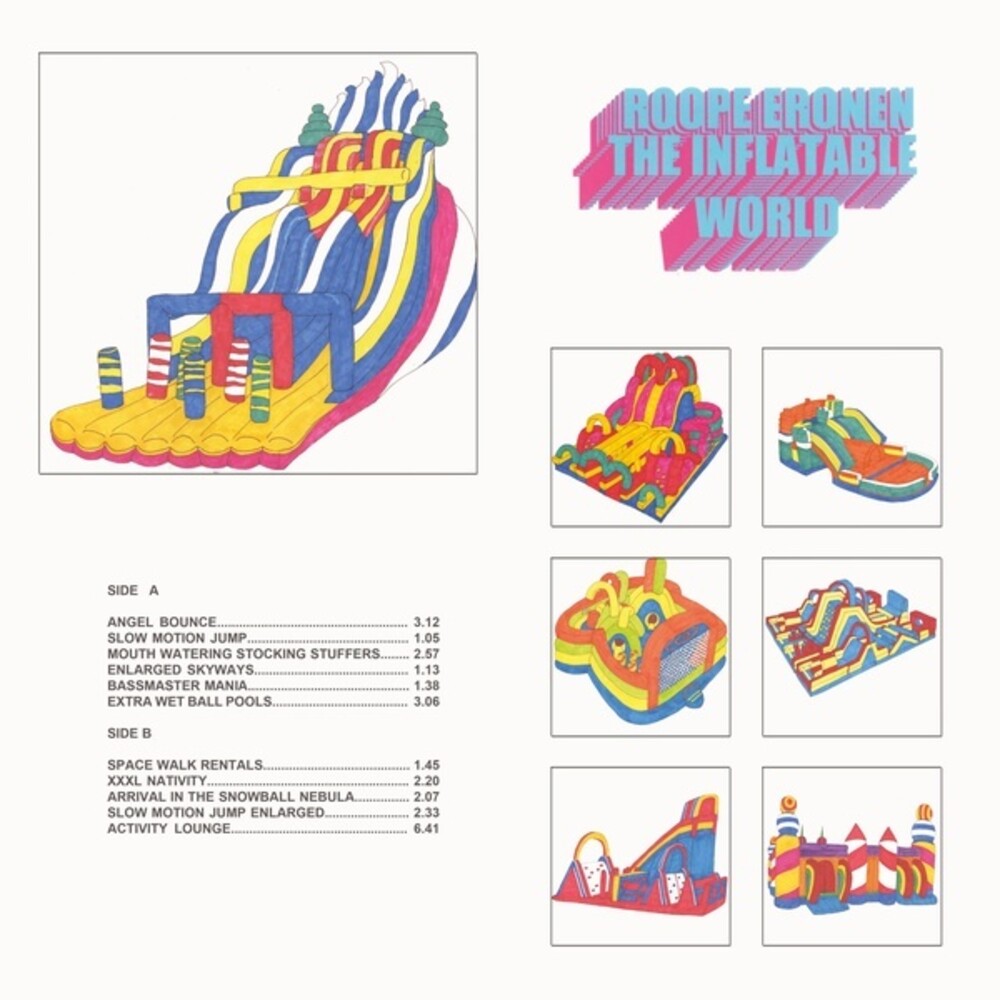 Vinyl LP pressing. 'In the interest of reverse osmosis, instead of entering into a microscopic world, we now enter into a GIGANTIC world. Roope Eronen, of the famed Finnish space rock band Avarus, has now expanded his entertainment of an emotive space lounge to the largest media size know to man, giant disk. Commissioned especially by Pacific City Sound Visions label chief and the creator of Monopoly Child Star Searchers, Spencer Clark, Roope was asked to craft short pop song versions of previously extended space-synth improvisations. This disk's music has been enlarged to such an extreme size that the listener can now slowly float in and around the realms of the outer heavens to freshly reflect on Earth's material originality. The voices of angels are abound to imply the harmony of an over-sized life on XXXXL nativity - an example of the Inflatable Worlds ability to be playful in the sights of the grandeur of heaven."