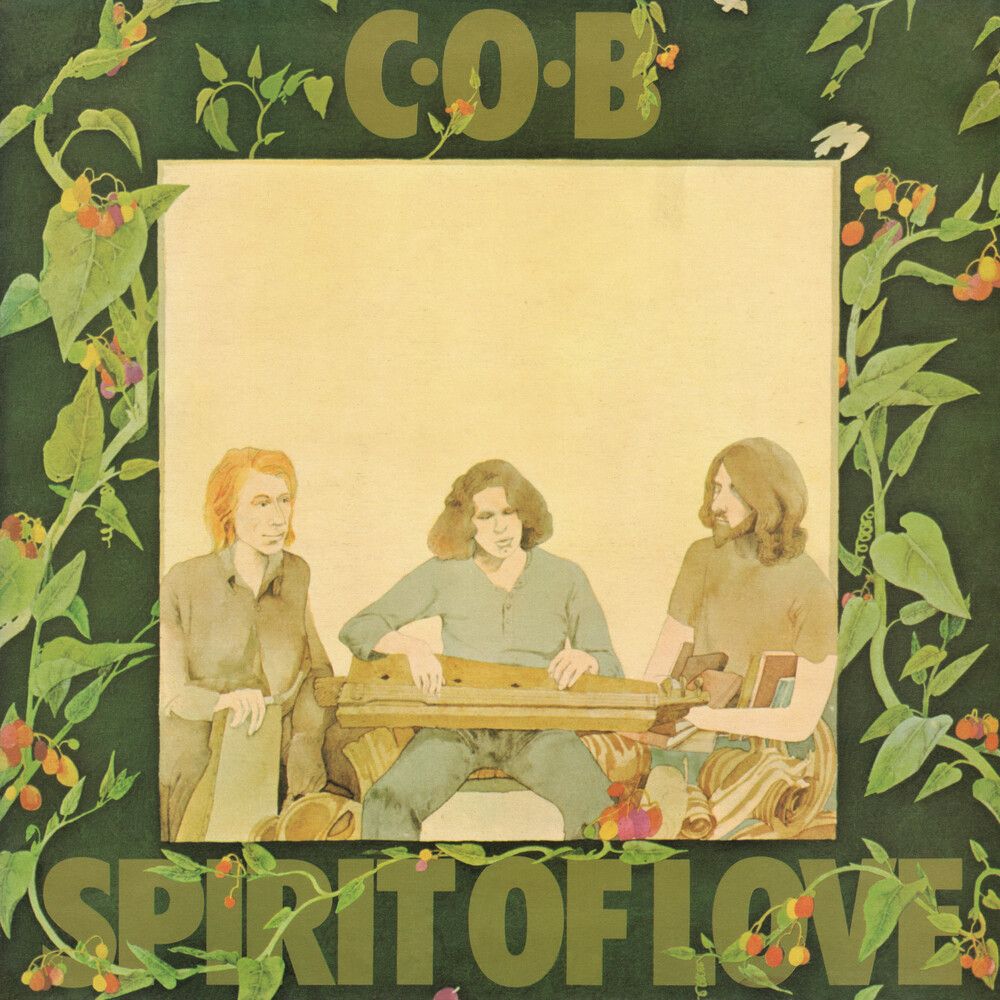 Clive Palmer had already made a name for himself as a versatile instrumentalist, busking around London from age fourteen. A founding member of the Incredible String Band, he would quit and seemingly vanish from the scene just after the first album was released, traveling to India and Afghanistan. He would resurface with his banjo a few years later under the guise of COB, Clive's Original Band, with songwriting and instrumentalist partners Mick Bennett and John Bidwell. Eager to take on production work, guitarist Ralph McTell took on the project as a labor of love, and with the newly coined trio they created what is considered to be one of the most beautiful acid folk albums ever to come out of the British Isles, 1971's "Spirit of Love".Keeping the production organic, with most of the vocals and rhythm tracks recorded live, "Spirit of Love" is a highly original album that embodies the spirit of hippiedom amidst reality at the time. Many of the songs feature exotic instruments (the harmonium, the dulcitar, which gives a distinctive sitar sound on many of the tracks) while the instrumental 'Banjoland' has unexpected ocean wave sound effects. McTell loved producing them, and the album's reputation and it's' lasting influence on generations of musicians cannot be understated. In the early 2000s practitioners of freak folk had begun name dropping Spirit of Love as an influential classic. Damon & Naomi, having recorded a cover of Spirit of Love in 1996, would name a covers album after the song. And Johnny Marr, when asked by Paul Morley in the Guardian "what folk means to me" would cite "Spirit of Love" on his list of prime examples. Bootlegged several times, this is the first official vinyl reissue of this eternal classic. It's also available on CD.