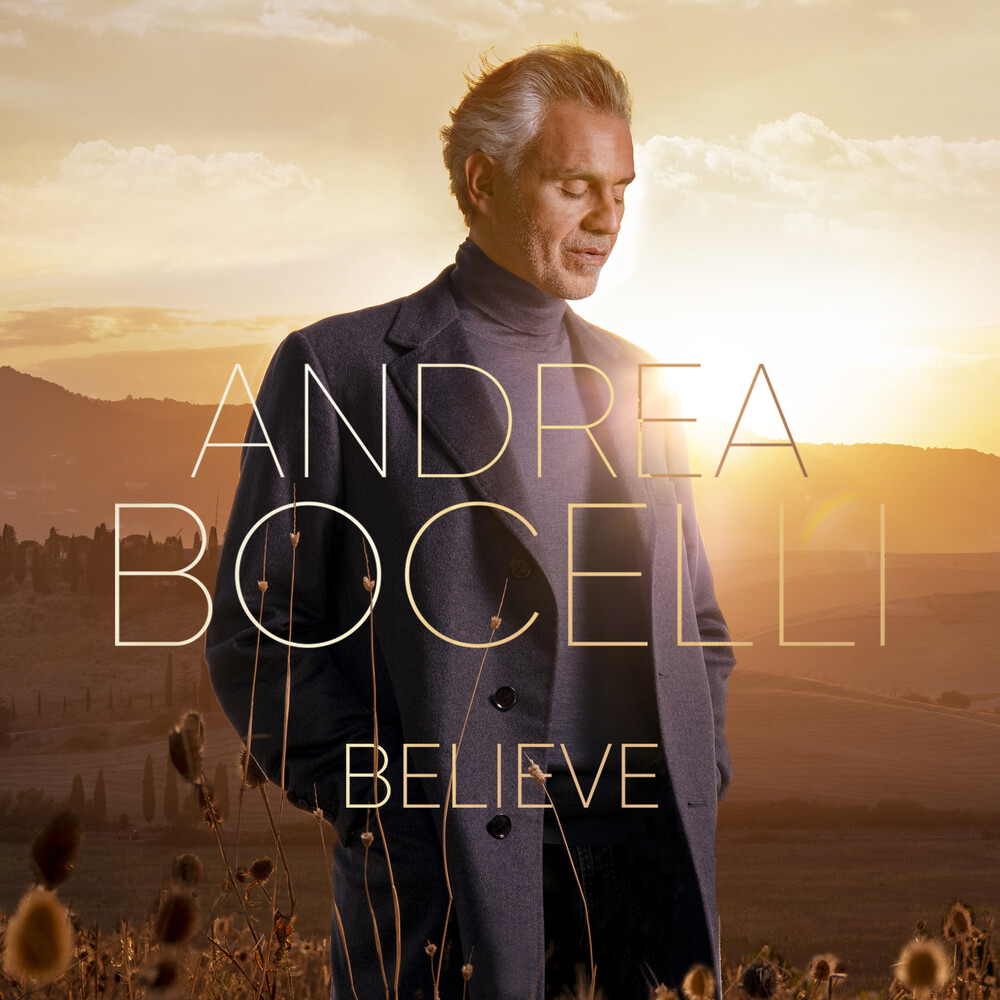 The internationally renowned and beloved Italian tenor Andrea Bocelli releases his breathtaking new album, Believe, celebrating the power of music to soothe the soul. It follows his record-breaking ‘Music for Hope’ performance at Easter from the historic Duomo cathedral in Milan which was watched live by millions around the globe. It features a previously unreleased track from the late, great Italian composer Ennio Morricone, as well as ‘Gratia Plena’ –  from the critically acclaimed new movie, Fatima –, two duets with award-winning mezzo-soprano Cecilia Bartoli, and for the first time ever Andrea Bocelli has recorded his own interpretations of ‘Ave Maria’ and ‘Padre Nostro’ along with familiar favourites such as ‘Hallelujah’, ‘You’ll Never Walk Alone’ and ‘Amazing Grace’. Believe, co-produced by Steven Mercurio and Haydn Bendall, is a collection of uplifting songs that have inspired and sustained Bocelli over the years.