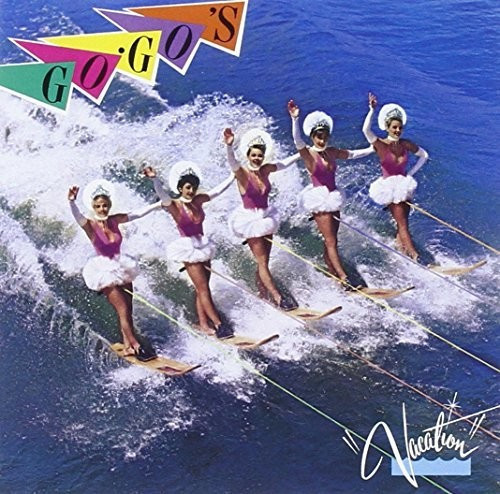 Vinyl LP pressing. 1982 sophomore album from the new wave quintet. Capitalizing on the swift success of the debut album, The Go-Go's toured extensively in Europe and the US, even playing Madison Square Garden, and needed a "vacation" when the time came to record the follow-up album in late 1981. Produced again by Richard Gottehrer, Vacation featured another eleven originals, including hit single title track and "Get Up And Go", as well as a cover of The Capitols' old favorite "Cool Jerk". The Go-Go's were riding high at the time of the album's first release, their prospects to all outward appearances looking bright.