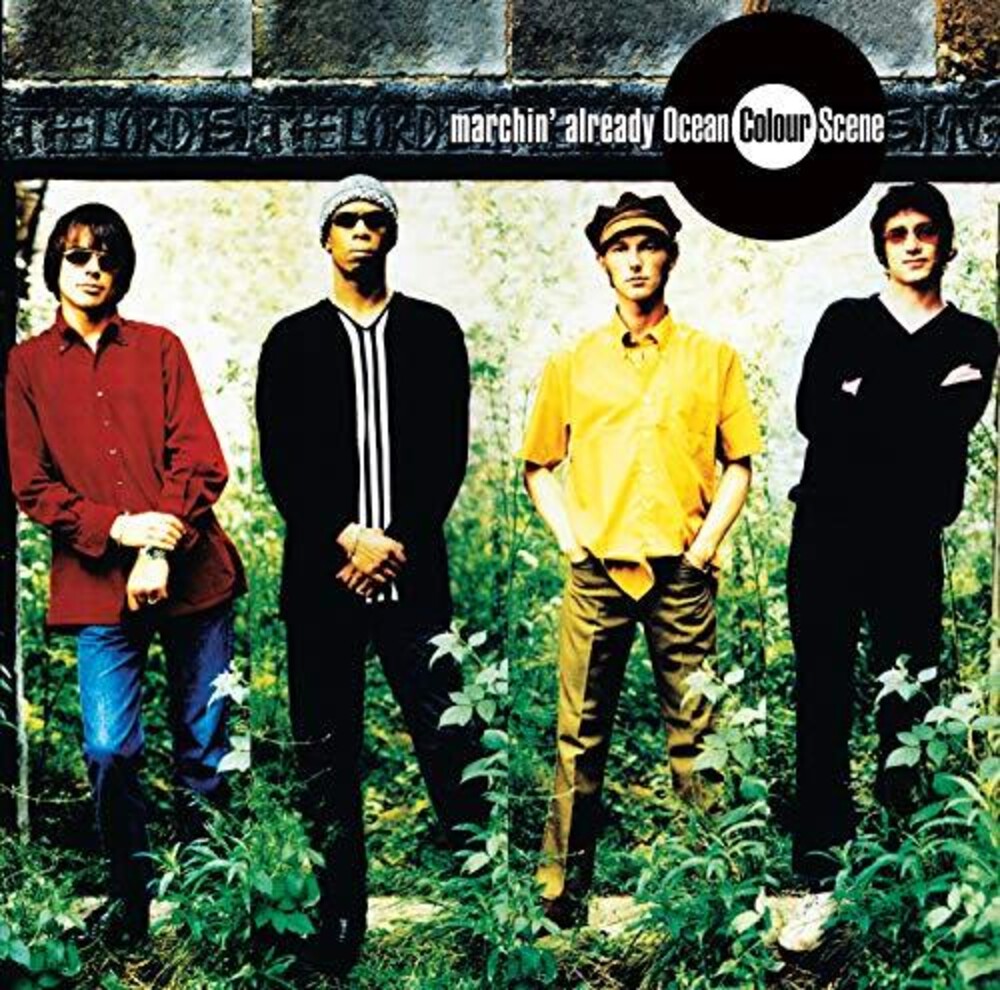 Vinyl LP pressing. Marchin' Already is the third album by Ocean Colour Scene. The album was a follow-up to the successful Moseley Shoals, and is in a similar style. The songs were taken from the band's catalog that they had built up since forming several years earlier. The album knocked Oasis' Be Here Now off the top spot in the UK Albums Chart-Noel Gallagher sent Ocean Colour Scene his congratulations through a plaque on which he had inscribed, "To The Second Best Band In Britain". Steve Cradock famously retorted "it's an honor to be described as Britain's second best band, ahead of Oasis but behind the Beatles".