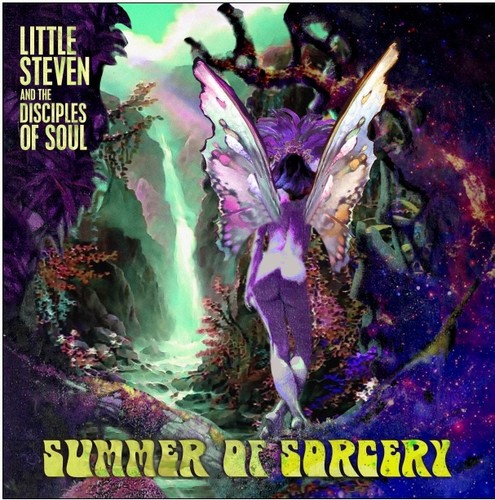 Summer Of Sorcery', the follow up to the critically acclaimed 'Soulfire' is SVZ’s first album of original material in 20 years. It was written during the second half of the 'Soulfire' Tour and recorded at Stevie’s Renegade Studio September-November 2018. All 12 songs are original SVZ compositions, 1 recut from his Revolution Album, 1 outtake from the Lilyhammer Score, and 10 new songs. The album was recorded with the same members of The Disciples Of Soul that have been touring this past year. The album is a breakthrough artistically for Stevie in several ways, “My first five albums in the 80s were both very personal, and very political. I wanted the new material to be more fictionalized. The way records were when I grew up. Before it was an Artform. The concept (loosely) was capturing and communicating that first rush of Summer. The electricity of that feeling of unlimited possibilities. Of falling in love with the world for the first time. Obviously, there are occasional personal references, and a bit of what’s going on socially scattered throughout, but I achieved what I set out to do. I created a collection of fictional audio movie scenes that feel like Summer. I’m quite proud of it.” -Little Steven