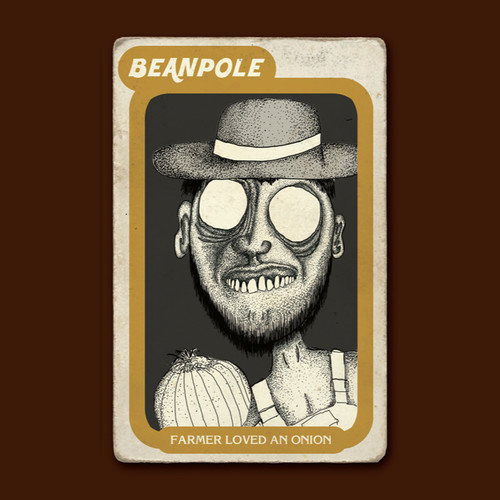 Vinyl LP pressing. 2018 release. All My Kin is the strange and somewhat unbelievable album collecting the music of an artist by the name of Beanpole. "Starving artist" must have been their mode of recording as stories of farming, eating, and disfigured animal-human hybrids course throughout the record. Very little is known about Beanpole, but it is widely recognized by collectors that most of the music originated from the late 1980s and early 1990s. Some sources maintain Beanpole is still active, although evidence remains unsubstantiated. Primus' Les Claypool claims he attempted to release a decade's worth of Beanpole recordings on his Prawn Song label in the '90s. We're told that the tracks were delivered to the mastering studio on worn-out cassette tapes and dusty DATs. As legend has it, when Claypool played the mastered tracks to his distributor, the response from company executives was poor. As a result, Claypool was summarily dismissed from his business relationship with the distribution company, effectively ending his label. For nearly 20 years thereafter, the tracks were to remain forgotten. Fast forward to 2016 when Claypool was touring with Sean Lennon as The Claypool Lennon Delirium. Les played the old, neglected recordings to Sean, who decided that the world was finally ready for Beanpole!