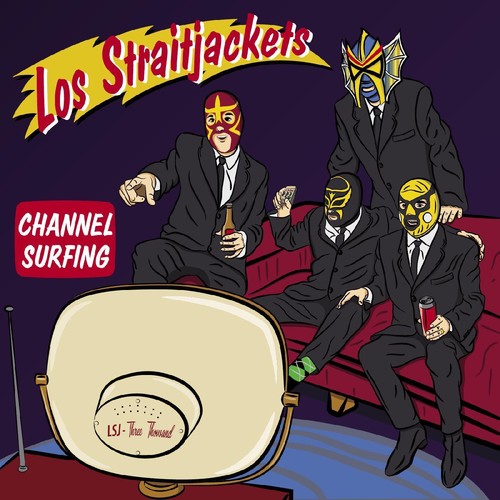 The masked men known as Los Straitjackets have tuned in to put their signature surf rock twist on some of television's greatest theme songs on their forthcoming EP, Channel Surfing. The themes covered include Game of Thrones, The Andy Griffith Show, Ken Burns' The Civil War, and a medley of Dancing with the Stars and Sex and the City. The vinyl features all of the tracks on both sides of the record and a digital download included.