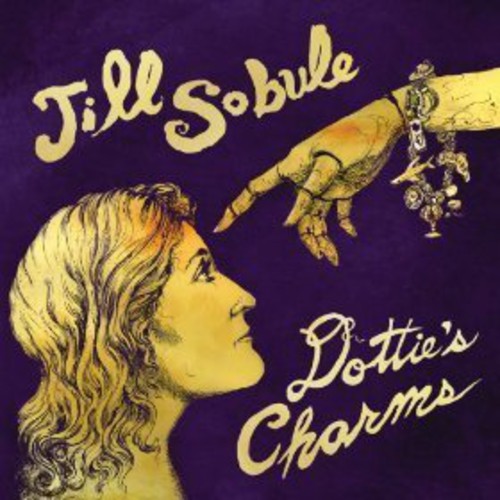 Jill Sobule never had a charm bracelet until a friend of hers saw an odd old one on eBay and purchased it for her. It came with no information about its original owner other than the evidence contained on its string of pewter charms; a jet plane, a wishing well, an office chair, a cowboy hat, a round charm with the name Dorothy inscribed in script lettering, etc. Jill put it away in a drawer but found herself wondering what the charms meant to the mystery woman who had collected them. What were their stories? As she thought about their mystery, she wondered what would happen if she asked a group of writers of fiction and literary nonfiction to imagine those stories, with each writer crafting a lyric inspired by a different charm. She turned to a dozen of her favorite writers, some of whom had never before written song lyrics, and she collaborated with them (and a group of musicians she admires) to make the 11 songs that have come together as Dottie's Charms. These celebrated writers include Jonathan Lethem, James Marcus, Vendela Vida, David Hajdu, Sara Marcus, Luc Sante, Mary Jo Salter, Nina Mehta, Sam Lipsyte, and Rick Moody. Dottie's Charms will be available on vinyl exclusively on Record Store Day 2014.