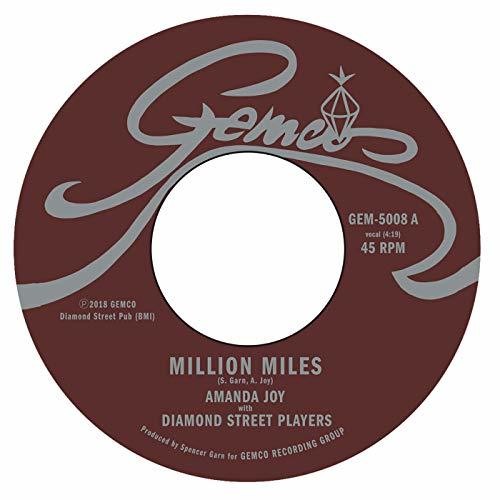 The Diamond Street Players, Atlanta, GA's modern equivalent of Stax, Motown, or Fame Studio's legendary in-house studio bands, follow up last year's mesmerizing "Living In Harmony" with two distinctive 7" sides, melding two different vibes of this versatile group of true soul/funk purveyors.Led by organist, writer and producer, Spencer Garn, The Diamond Street Players focus first on laying down gritty soul, funk and R&B tracks that more than hold their own instrumentally. Occasionally a track works out well for a lead vocalist, as is the case with the A-Side Million Miles, a smooth and soulful mid-tempo love-soul bender that brings forth remeniscenses of Al Green and Shuggie Otis. This cut features a collaboration with Amanda Joy, whos love for soul and gospel began at age 5 singing in church. A top graduate of the performing arts school she attended, she brings a powerfully soulful voice to the Diamond Street funk.The B-Side is quite another side, indeed, displaying one of those aforementioned "other vibes" of The Diamond Street Players. This edgy, raw and funky "Murky Retrograde" has already received dance floor approval from b-boys and b-girls nationwide--with early floor-filling spins from ATL to Portland, Oregon. But don't worry, it's not just this one side. You'll get a lot more from where that came from on DSP's upcoming spring 2019 full-length groove dish