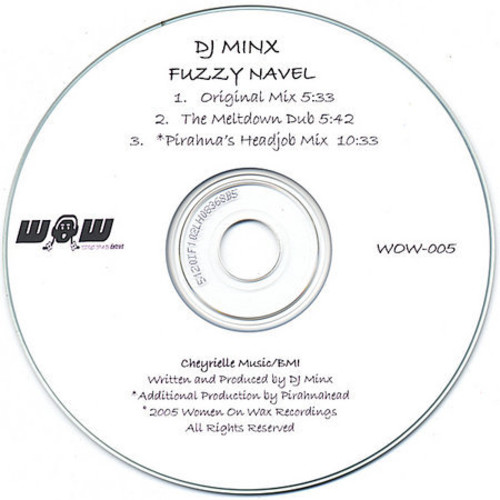 Jennifer Witcher a.k.a. DJ Minx, adores the fact that she has chosen a profession that allows her to mingle with Detroit's most talented people. She was inspired to spin by the famed Music Institute in Detroit. A featured DJ for the notable 'Deep Space Radio' program, she was also the on-air hostess and engineer for the same. Her style is described as funky, powerful house, with a smudge of grace. From 1992 - 1995, as CEO of the Skyloft Gallery, Minx teamed with Jerry the Cat and Dana Keaton to develop an underground art/music gallery that served as a nexus for bringing together underexposed artists from various fields. It provided a huge opportunity for Minx to program innovative events showcasing Detroit's underground community of artists, musicians, DJs, and designers. Every Saturday night, Minx traveled to WGPR 107.5 FM for transcendent upon 'Deep Space Radio'. The show was headed by the innovators of techno music: 'Magic' Juan Atkins, Kevin Saunderson, Eddie Fowlkes, and Derrick May. She played mixes by Kenny 'Moodyman' Dixon and Stacy Pullen as well as the show's helmsmen. There were also live interviews during the show that once featured Roger Sanchez as he worked on a track at 'Strong Room Studios' in England. She also voluntarily did a radio program at the University of Windsor on CJAM 91.5 FM called 'Steamy Windows' once weekly playing house music by various artists locally and internationally. In December 1996, Minx gave birth to Women on Wax, a collective of lady DJs from the Metro Detroit area. She then began working with promoters and DJs all over the country, and is now planning a Women On Wax tour. From 12/98 - 12/99, as a resident of world-renowned Club Motor, Minx played with Basement Jaxx, Doc Martin, and Afrika Bambatta just to name a few. She is now being emphasized once monthly at the Velvet Room in Windsor, Ontario playing funky house and hip hop on occasion. In July 1999, Minx joined the Dynamix booking agency roster in Germany. Since joining, she has been on tour to Paris, Berlin, and Cancun. Minx has also traveled to Switzerland and Spain via the Kne Deep roster out of Berlin and is now on tour overseas at least once a year. When the first-ever Detroit Electronic Music Festival (D.E.M.F.) hit in May 2000 in downtown Detroit, with over 1.5 million people in attendance, it had an incredible impact on Minx's career. Since then, she's played at Toronto's Film Lounge, Club Ohm in Portland, and been featured on Much Music's Electric Circus weekly Dance Show. Recently dubbed Detroit's 'First Lady of Wax', Minx is working on her 7th release for the newly formed Women On Wax Recordings label. She's also done remixes on Trisomie 21 (Paris), Soiree Records (Detroit) and is also featured on 'X-MIX' released on the !K7 label, introducing Kevin Saunderson as he mixes hard house and techno music. Her performances have been stirring souls to a boil throughout the U.S. and beyond.