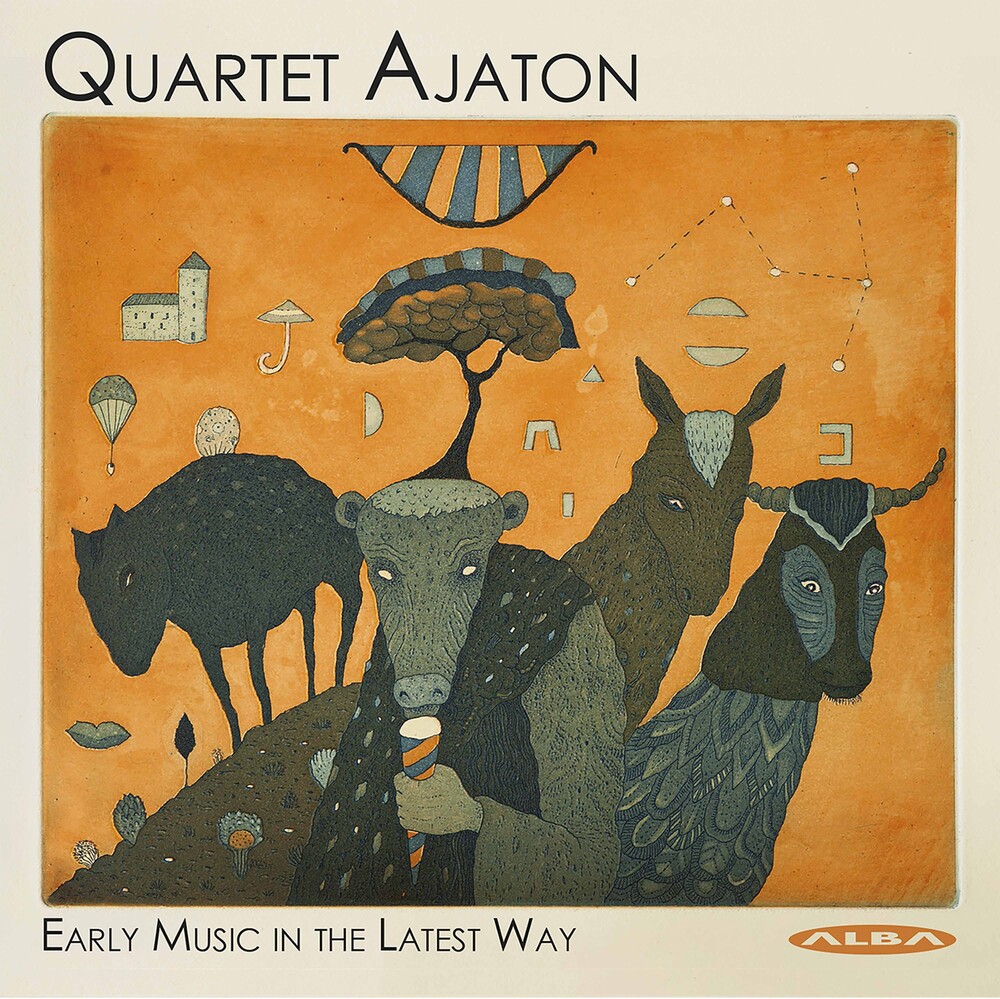 What a striking combination of instruments! The extraordinary Quartet Ajaton combines musical elements in an unconventional way and burns previous definitions into ashes. Artists whose backgrounds ex-tend from baroque, jazz and folk music to more experimental and improvised music, are tempting listeners for an exciting musical journey. The quartet's repertoire includes both self-written and improvised sounds fla-voured with some Early Music works and melodies borrowed from the East. The ensemble (formed by Mia Simanainen in 2014) released their debut Elixir (Eclipse Music) in 2016, and a bunch of videos in 2018. The new album Early Music in the Latest Way focuses entirely on Early Music arranged in the peculiar style of the group.