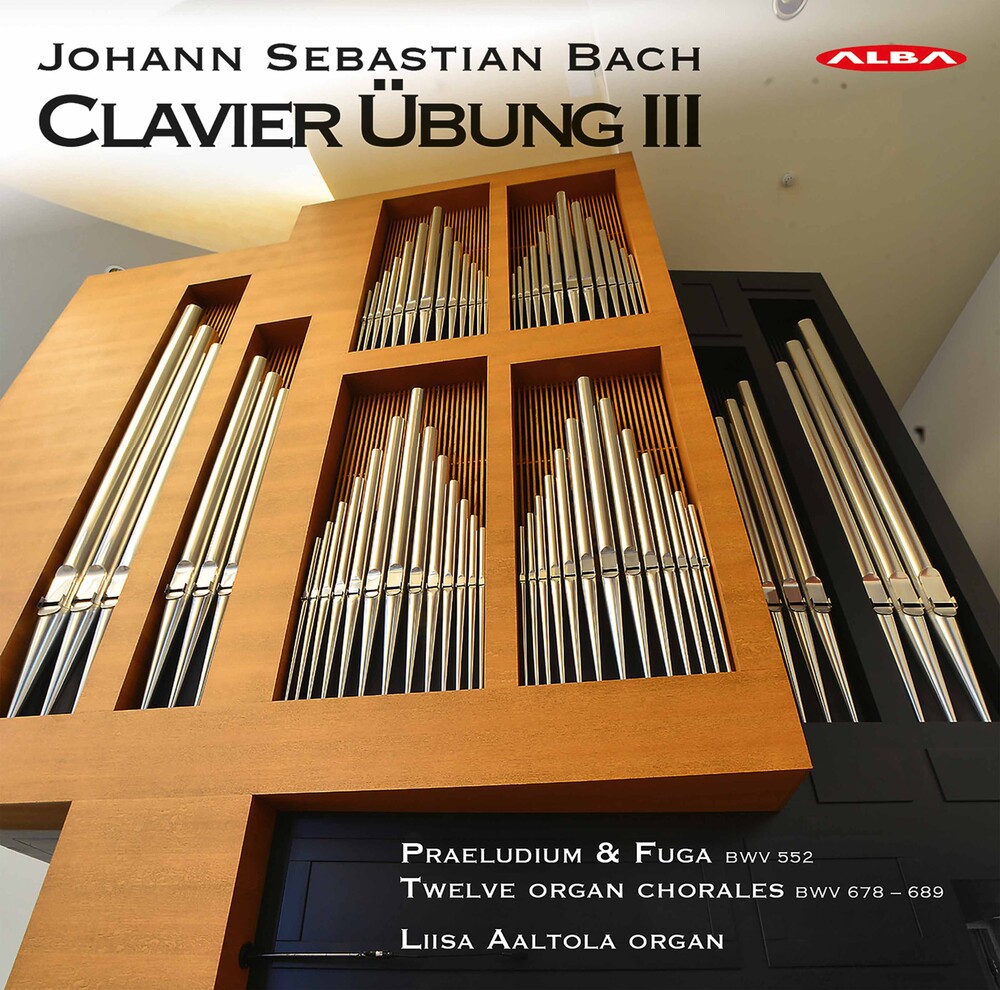 Clavier Übung means 'a keyboard exercise' or 'practice', which is rather a humble term for such exquisitely-crafted music. Bach borrowed it from Johann Kuhnau, his predecessor as cantor of the Thomaskirche in Leipzig, who in 1689 had published a collection called Neue Clavier-Übung consisting of seven suites of dances. Bach's Clavier Übung III was published in 1739, when Leipzig was celebrating the bicentenary of the Lutheran Reformation. The hymns on which the 12 organ chorales on this disc are based focus on the six chief parts of the Lutheran Catechism: the Ten Commandments, the Creed, the Lord's Prayer, Holy Baptism, Confession and Communion. Each chorale exists in two versions: a large one for one or two manuals and pedals, and a shorter one for manual alone; just like Luther's Large and Small Catechism. Liisa Aaltola qualified as an organist at the Sibelius Academy and has above all concentrated on the performance of Bach's music. One of the co-directors of music at Pirkkala Church in Finland, she has there performed the complete Bach works for organ at a five-year series of concerts in accordance with the annual church round.