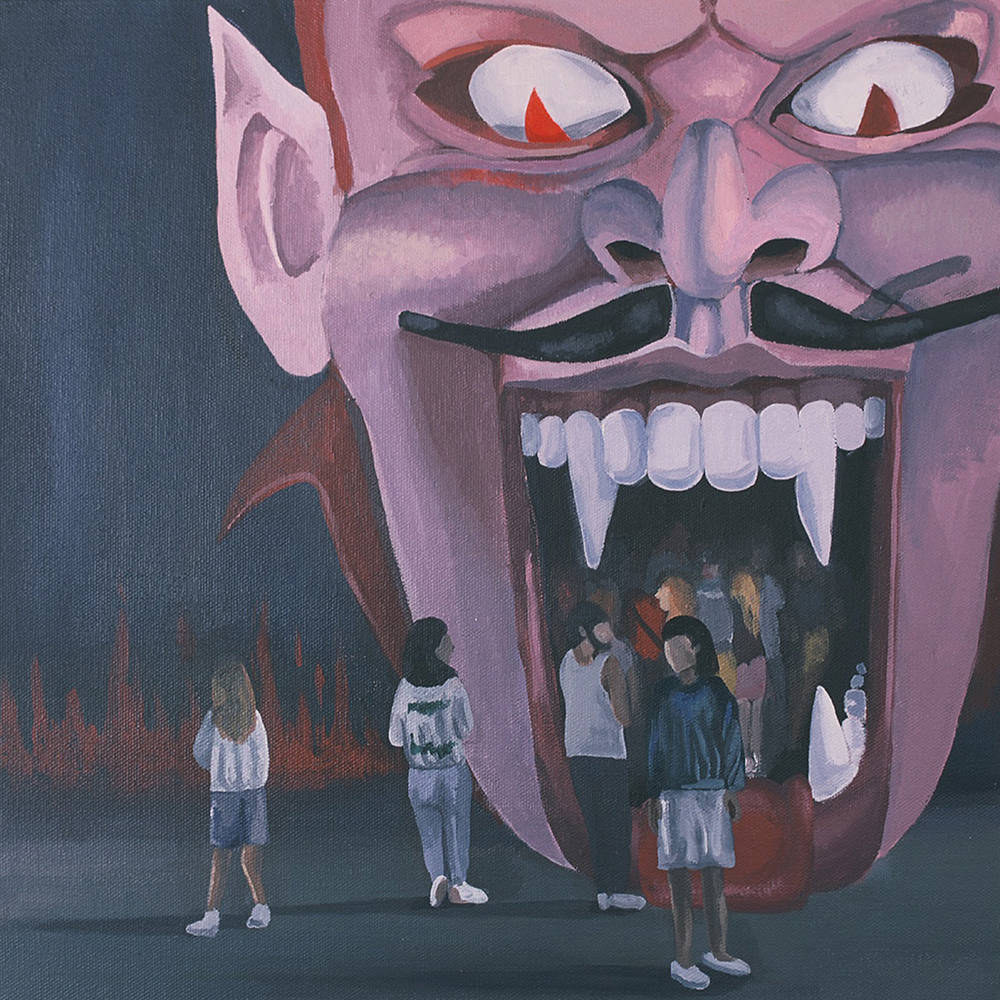 On April 9th, SPIRIT OF THE BEEHIVE will release their fourth album and Saddle Creek debut, ENTERTAINMENT, DEATH. The album signals new chapters for the band on multiple fronts, being the first to feature their new three-piece lineup, as well as the first to be entirely self-recorded and produced. Guitarist/vocalist Zack Schwartz and bassist/vocalist Rivka Ravede are now joined by new member Corey Wichlin, a multi-instrumentalist who relocated from Chicago to the band’s home territory of Philadelphia last year. Ever since their self-titled debut in 2014, they've developed a reputation for being your favorite band’s favorite band. Theirs is the music of immersion, of confrontation, the kind that makes a listener stop and wonder, “How are they even doing that?” 
SPIRIT OF THE BEEHIVE has a new album coming out April 9th on Saddle Creek! An Indie Exclusive marbled variant is available for pre-order now! A limited number of art prints from band member Rivka Ravede are also available - get one free with your pre-order (while supplies last).

Pre-Order and Check out the new video HERE

WITH PURCHASE WHILE SUPPLIES LAST