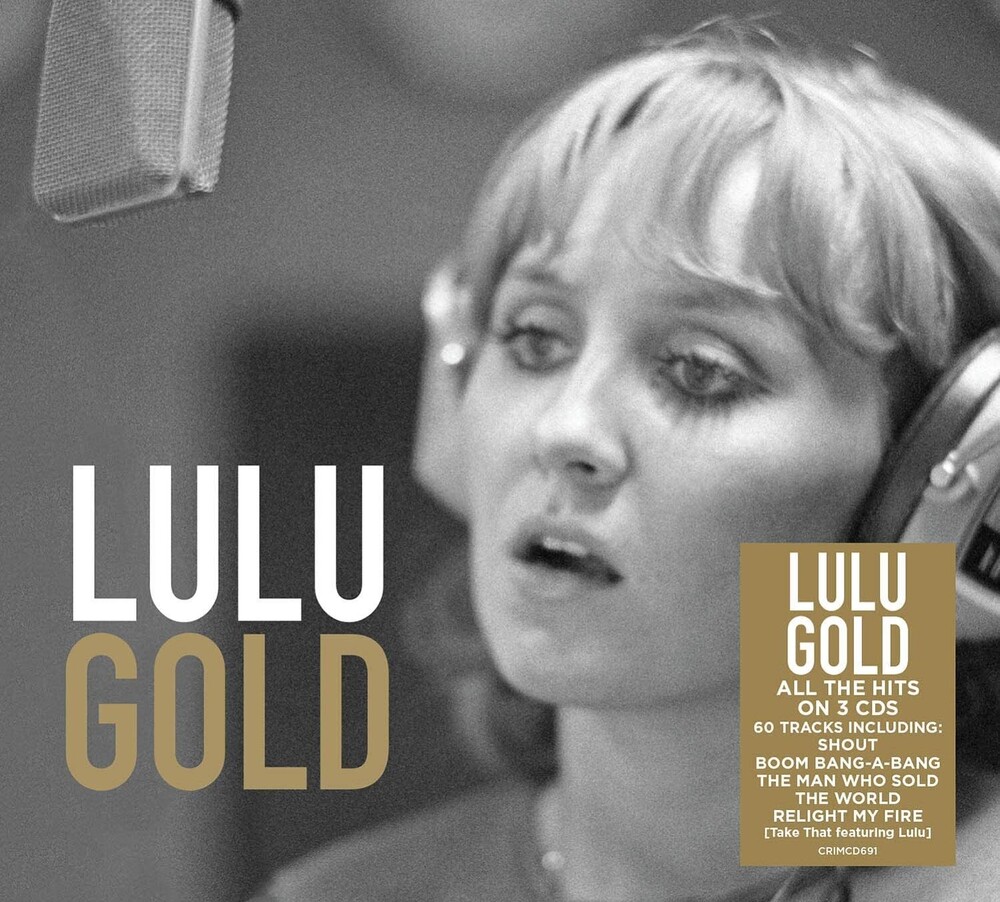 Three CDs. Aged only 15, Lulu burst onto the pop scene in May 1964 with "Shout", her unforgettable cover of the Isley Brothers' timeless favorite. She enjoyed more hits on Decca before moving to EMI's Columbia label for string of hits produced by Mickie Most, including US #1 "To Sir With Love", "The Boat That I Row", "Me, The Peaceful Heart", "I'm A Tiger", and the joint winner of 1969's Eurovision song contest, "Boom Bang-A-Bang". After Lulu recorded the title song for James bond film "The Man With The Golden Gun", David Bowie produced her versions of his songs "Watch That Man" and "The Man Who Sold The World", a UK #3 hit. And she continued to have hits through the '70s and '80s, being nominated for a Grammy for Best female Rock Vocal Performance for "Who's Foolin' Who" In 1981. In 1993 "Independence" reached #11, and was followed late that year by her #1 collaboration With Take That on "Relight My Fire". Another notable collaboration is her duet with Ronan Keating, "We've Got Tonight". This 60-track set includes 22 chart hits (including eight top ten entries) - all the above songs and many more, several on CD for the first time - and spans Lulu's career from her first to her most recent recordings.