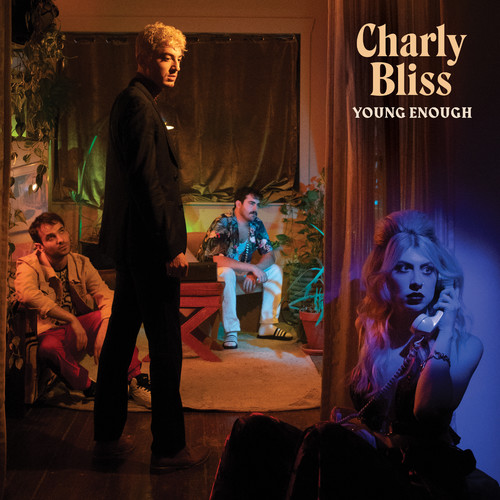 Charly Bliss are back with their sophomore album Young Enough. Produced by Joe Chiccarelli (U2, Beck, Alanis, The Strokes, The Killers, My Morning Jacket, Cage The Elephant), the album finds the band exploring both the darker and poppier side of their sound while expanding on what made their debut album Guppy a critically acclaimed success by outlets such as NPR, Stereogum, Pitchfork, FADER, The Ringer and more. The band toured extensively in 2017 and 2018 as they headlined several tours, appeared at festivals like Shakey Knees, Boston Calling and Sasquatch and supported the likes of Wolf Parade, Tokyo Police Club, Pup, Sleater-Kinney and Veruca Salt. They just opened all of the Death Cab for Cutie shows this past fall across the entire US which coincided with the release of their standalone single Heaven which got a ton of press, including Pitchforks coveted Best New Track moniker.