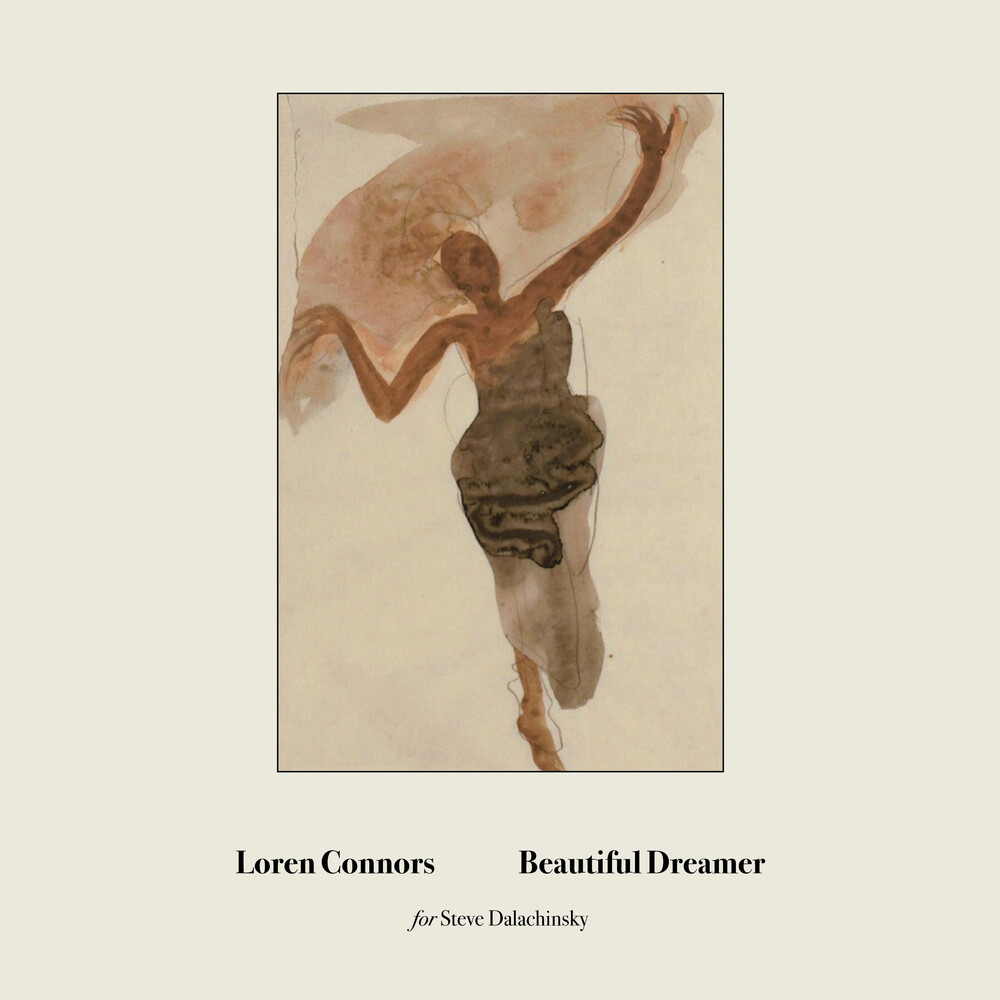 "Beautiful Dreamer is a two-part suite dedicated to Steve Dalachinsky -- an original among New Yorkers and every- one else; an indefatigable supporter of the avant garde; an ingenious poet; and a close friend to legendary guitar- ist Loren Connors. Connors recorded these two solo guitar pieces shortly before Dalachinsky’s passing in September 2019. Afterward, Connors returned to the music, and for the first time, used post-production to transform his real- time improvisations into an ethereal soundwork. The music is unmistakably Connors -- a rich, ghostly tone birthed from the blues -- yet a new direction where slow- ness reveals a spectrum of shifting notes like a small choir, from rumbling baritones to vibrating sopranos. Beautiful Dreamer equally honors the dreams of Dalachinsky and cap- tures the suspension of the Auguste Rodin dancer on the cover. Connors began self-releasing records of his singular guitar improvisations and compositions in 1978. Since, he’s been lauded as an iconic avant blues visionary by the likes Ameri- can roots scholar/Grammy winner William Ferris."