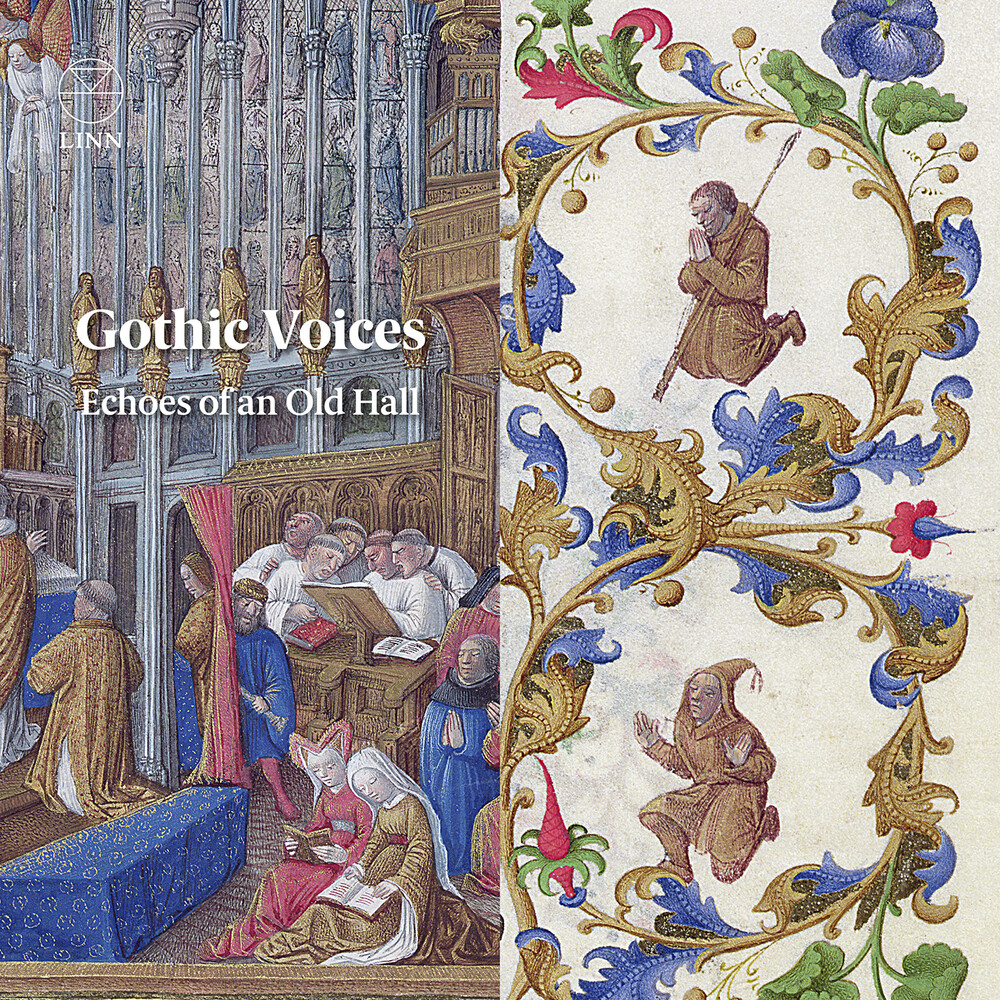 Gothic Voices' eagerly awaited new album features music from The Old Hall Manuscript: a wonderful collection of classy compositions from late fourteenth- to early fifteenth-century England. It embodies the English 'flavor' of music of the time, with it's smooth melodies and sweet harmonies, irresistible to Franco-Flemish composers writing a generation or so later, and known by them as the 'Contenance Angloise'. This highly expressive and quirky music, ranging in atmosphere from gently suave strains to high-octane cascades of sound, benefits from the gorgeous acoustics of Boxgrove Priory. English music by Cooke, Power, Pycard and Dunstable is answered by Burgundian composers Dufay, Lymburgia and Binchois, thus demonstrating the influence of said English Countenance, and hearing it's echoes in the response. This is Gothic Voices' fourth album for Linn following it's first recording of mediaeval Christmas music, Nowell synge we bothe al and som, and two thematic programs, The Dufay Spectacle and Mary Star Of The Sea, each of which received widespread critical acclaim.
back to top