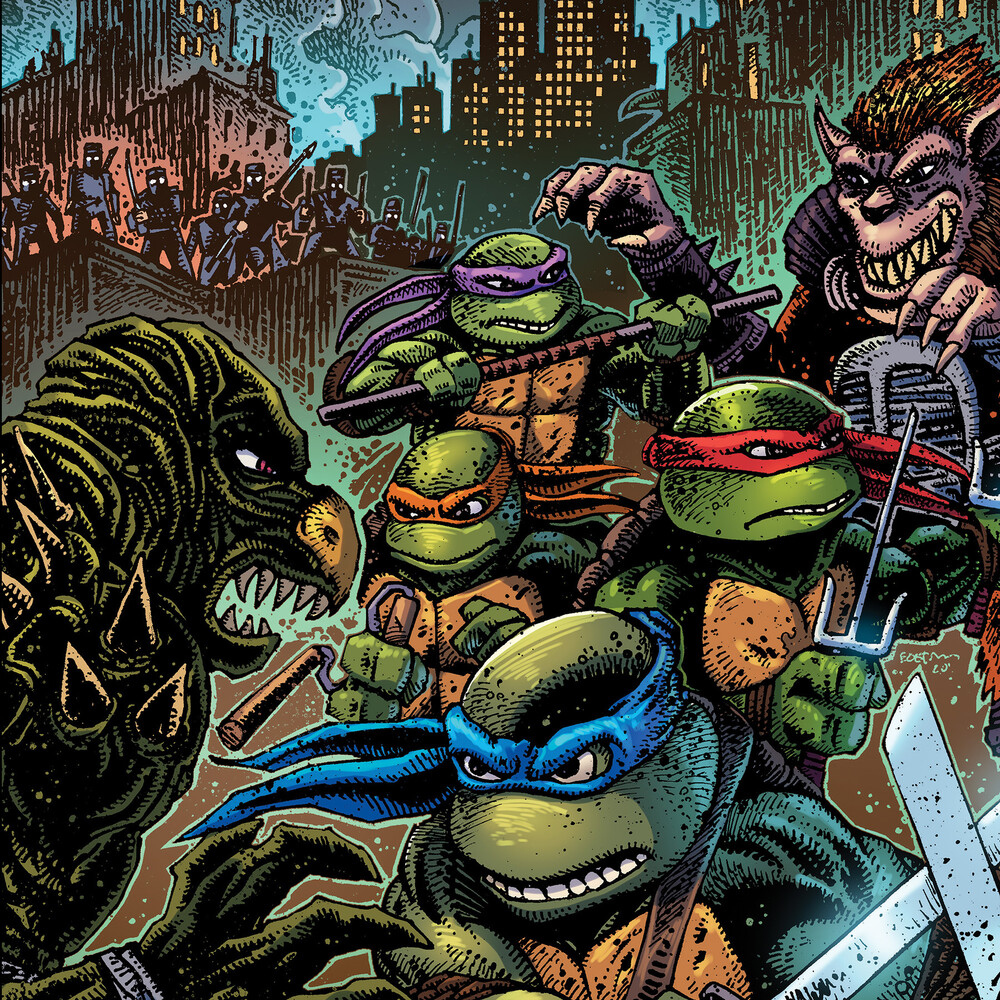 Waxwork Records is proud to present the deluxe vinyl release of TEENAGE MUTANT NINJA TURTLES PART II: THE SECRET OF THE OOZE Original Motion Picture Score by John DuPrez. Released in 1991 as the highly anticipated sequel to 1990's Teenage Mutant Ninja Turtles, THE SECRET OF THE OOZE follows the adventures of four Turtles: Leonardo, Donatello, Michelangelo, Raphael, and their Master Splinter. Resuming from the events of the first film, The Shredder returns to take back command of the Foot Clan and work towards getting revenge on the Turtles. When he learns the secret behind the Turtles' mutation, he becomes more dangerous than ever. The film sheds light on the origins of Splinter and the Turtles, as well as introduces two new villains: Tokka and Rahzar.Lifted from the pages of the popular comic series, a wildly successful Saturday morning cartoon, and a massive hit-line of toy action figures, the motion picture adaptation of the beloved crime-fighting turtles brought the TMNT franchise to the next level.The gritty and dark NYC martial-arts-superhero-comedy features the four cherished ninja turtles with a slew of other idolized characters such as Master Splinter, Shredder, Casey Jones, April O'Neil, and The Foot.In collaboration with composer John DuPrez, TMNT co-creator Kevin Eastman, and Nickelodeon, Waxwork Records is proud to present the official and complete 1991 score to Teenage Mutant Ninja Turtles: The Secret of the Ooze for the first time in any format. Sourced from the original masters, the complete film music by DuPrez has been re-stored and re-mastered for a deluxe double LP album release. Also included is "Ninja Rap" by Vanilla Ice.The complete album art was created by Kevin Eastman exclusively for Waxwork Records, and it features his classic comic-book illustration style! Packaging includes 180-gram "Ooze" colored vinyl, old-style tip-on gatefold jackets with matte-satin coating, and a 1991 TMNT 2 film poster postcard.
back to top