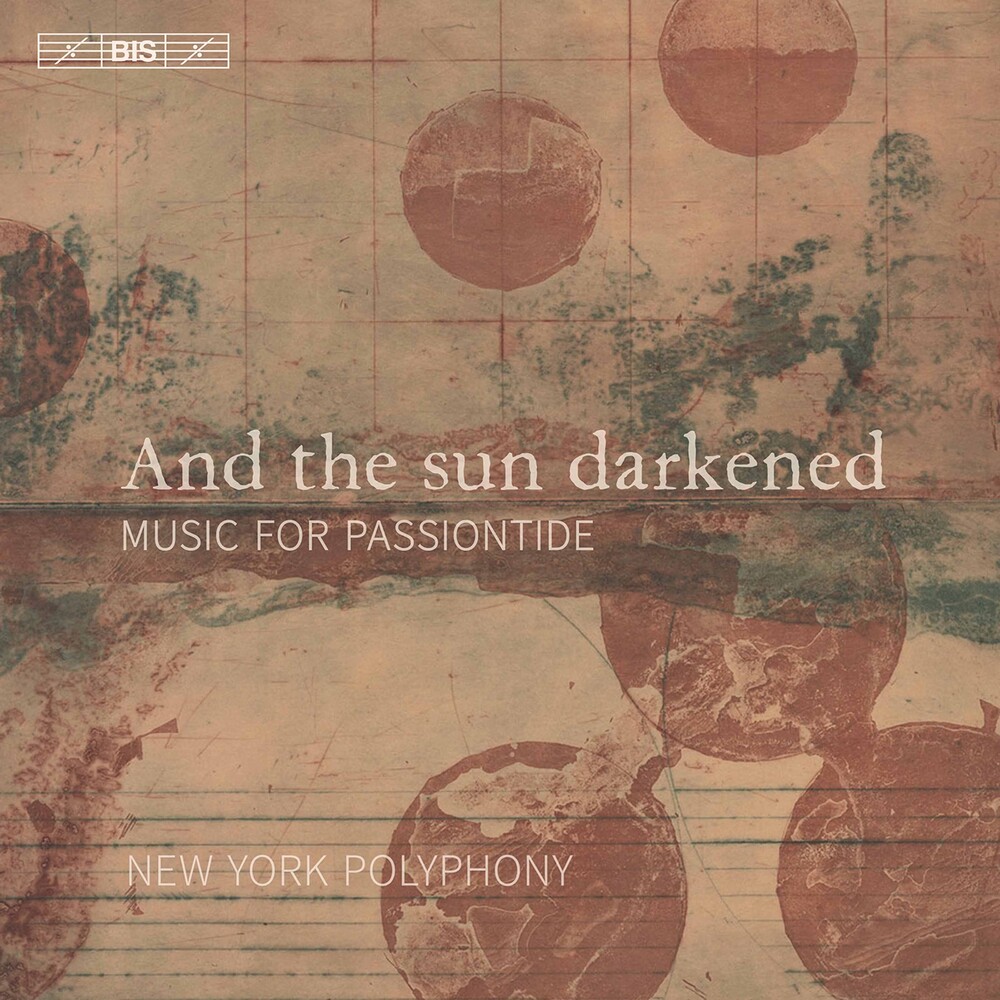 Resonating across more than five centuries, expressions of personal piety and prayer fill these works by a quartet of Franco-Flemish composers, all born in the 15th century, and their modern-day colleagues, Estonian Cyrillus Kreek (1889-1962) and British-Norwegian Andrew Smith (b. 1970). For those familiar with the vocal ensemble New York Polyphony and it's previous, acclaimed releases on BIS, this exploration of the intersection of ancient and modern music is far from surprising: the group is known for it's innovative programming. On And the sun darkened the four members follow Josquin's celebrated motet Tu pauperum refugium with Andrew Smith's setting of Psalm 55 - composed for NYP, it is a lament which nevertheless closes with an expression of confidence in God's justice. Sung in Estonian another biblical psalm is heard in Kreek's Taaveti laul 22 ('David's 22nd Song'), the text 'My God, why have you forsaken me' preparing the listener for the work that has given the disc it's title. Officium de Cruce by Loyset Compère is a setting of a 14th-century hymn which follows the episodes of the Passion in a continuously flowing musical narrative: from the betrayal of Christ to his death - when the sun darkened - and entombment.