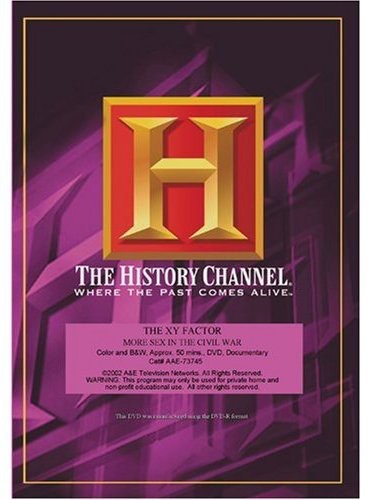 The Civil War has been transformed over time into a kind of holy war, depicted as an era when ordinary people put aside their individual aspirations to risk their lives for a cause greater than themselves. But they were real people facing real risk, and they reacted to their situations in decidedly human ways. MORE SEX IN THE CIVIL WAR returns to the fertile ground of the epic conflict for a look at the way it affected society's views about sex and the behavior of individuals. Historians tell of the scores of officers who found themselves embroiled in sexual scandals, and how ignorance about sexually transmitted diseases created a public health crisis. See how pornography and prostitution were transformed into big businesses during the war. And get the stories of bawdy conquests and illicit unions directly from the diaries and letters of the people involved. For many, the Civil War turned into a period of sexual excess and carnal indulgence, with soldiers both Blue and Grey taking refuge in back-alley brothels.