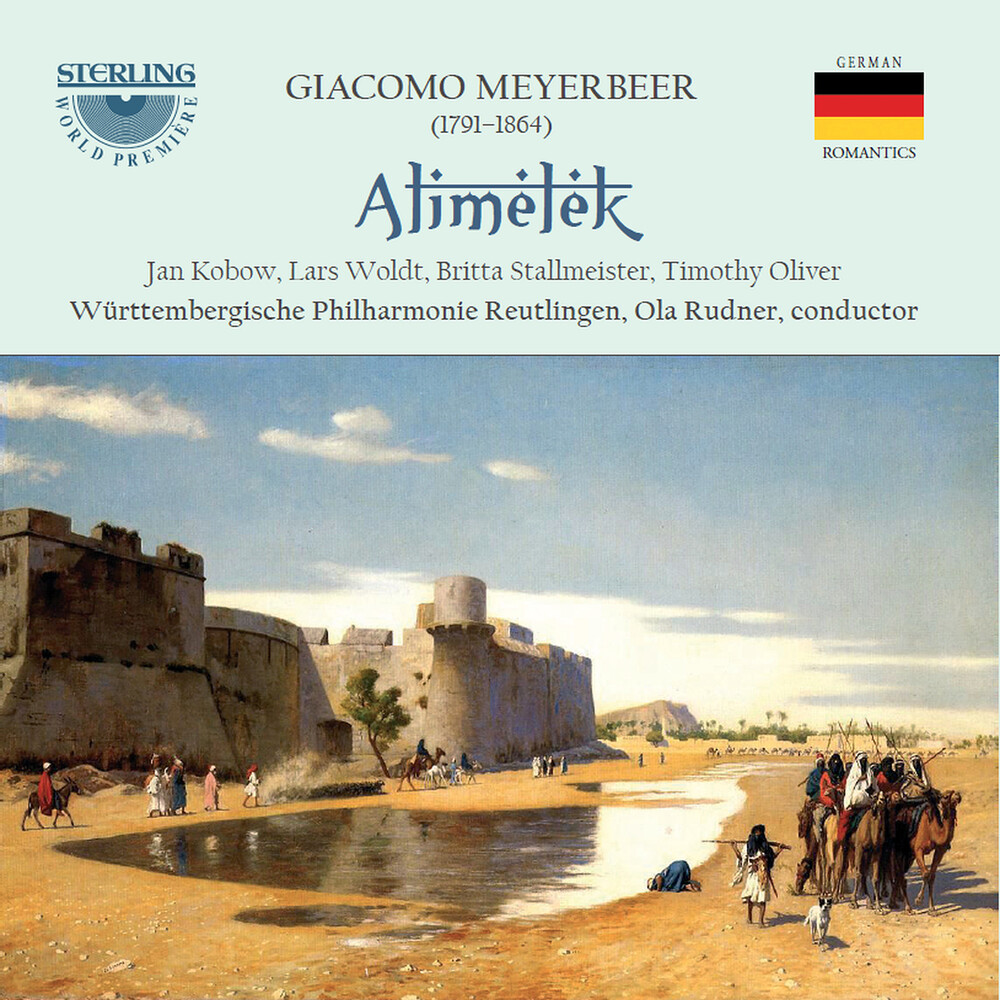 The story takes place in Baghdad at the time of the reign of Caliph Harun-al-Rashid, which is best imagined at the distance of a fairy tale. It is about two young people, the rich merchant's son Alimelek and Irene, the caliph's niece. Both grow up in prosperity and idleness. After the death of her parents, Irene was received by the caliph and brought up with paternal love and an uncommon freedom. Eventually she also takes the liberty to refuse Prince Selim, the caliph's choice of husband, which considerably troubles her relationship with the caliph. She is considering fleeing the palace. The opportunity comes when a pleasure boat gets into a storm and capsizes. Only Irene is rescued from the tragedy, by the hand of Alimelek, who, wanting for anything better to do, happens to be at sea. When Irene opens her eyes, it is love at first sight and the two decide to live together as man and wife in Alimelek's grandiose home. Of course, Alimelek must hide his young wife, because the caliph has people all over the town looking for her. His previous drinking companions - on whom he has already wasted half of the fortune he inherited from his father, and whom he less and less regards as his friends - he quite easily breaks with, in favour of a more secluded life. His hospitality is only shown to strangers, for whom he does not have to fear that Irene's identity will be recognized.