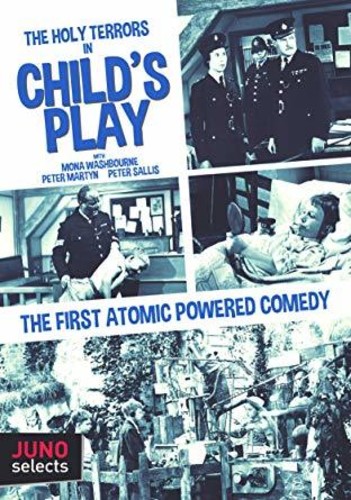 What happens when a bunch of precocious kids get their hands on an atomic chemistry set? They manage to split the atom and thereby create a new form of popcorn, of course! Mischief soon follows when their little enterprise goes global, despite the interference of a suspicious local detective in this family-friendly adventure. The classic film directed by Margaret Thomson (A Sense of Belonging) features an amazing cast that includes early appearances by future stars including Mona Washbourne (My Fair Lady), Ballard Berkeley (Faulty Towers) and the beloved Peter Sallis who would go on to be the voice of Wallace in the Award winning Wallace and Gromit shorts and feature films!