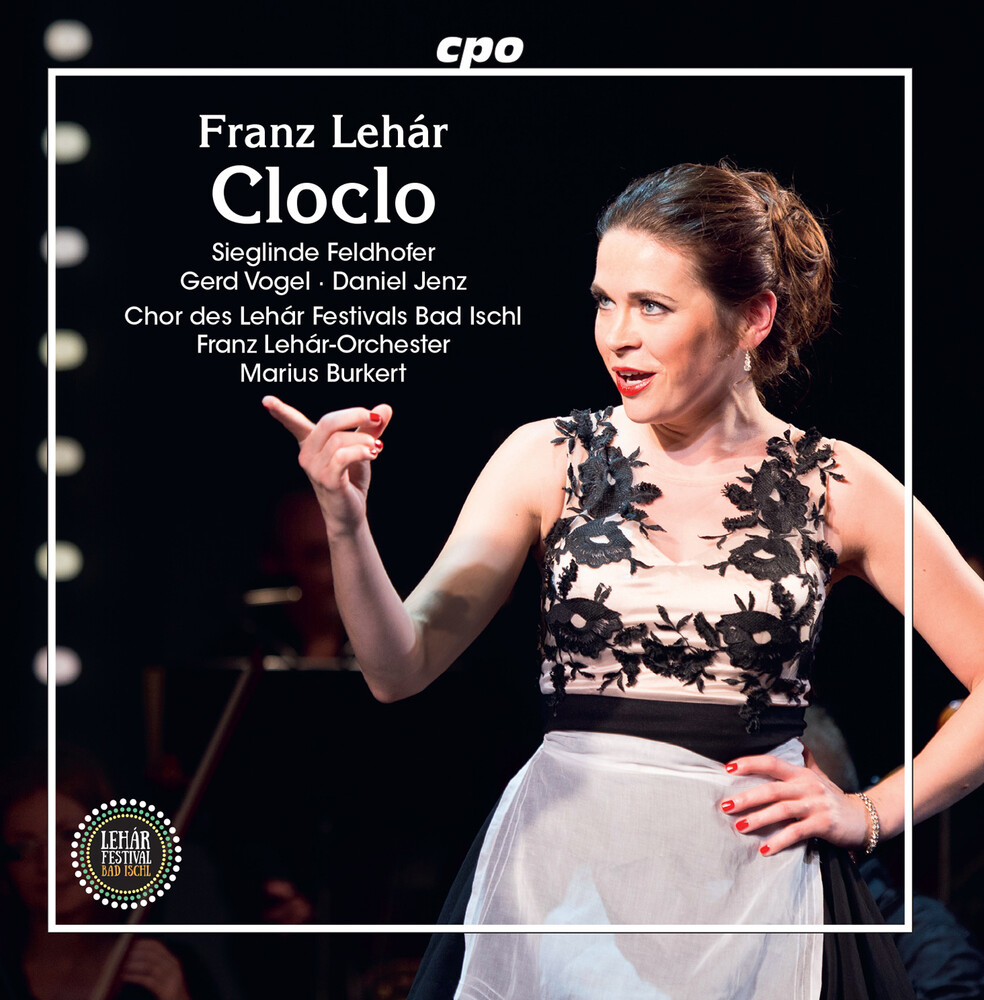 No buffo couple, no choruses, no dance scenes, and, most of all, no psychological conflict: the action of Cloclo is not at all typical of Franz Lehár. It is a chamber operetta but more than a mirthful intermezzo for the lyrical opera Paganini: it is it's comedic counterpart. The foxtrot "Ich habe La Garçonne gelesen" became the operetta's hit at the premiere on 8 March 1924. It referred to Victor Margueritte's novel of the same name about a prototypical young woman of the 1920s who leads an independent existence, wears short dresses and sports a bobbed hairdo, and, to top it all, is a sexual libertine. Unanimously enthusiastic reviews followed last year after the semi-scenic performance on which our recording is based, and the Lehár Festival in Bad Ischl won the coveted "Operettenfrosch July 2019" for this rewarding rediscovery. The Bavarian Radio, full of praise, raved: "Marius Burkhard in the meantime has reached an astonishing level with his Lehár Orchestra. His feel for the right tempos but especially his sense of the tonal values of Lehár's score attest to his status as one of today's best operetta conductors. And the most marvelous thing: every member of the orchestra has obvious fun and a smile on her or his face. Don't be a frog, kiss him. The Operetta Editorial Staff is convinced and offers it's congratulations for great operetta courageousness."