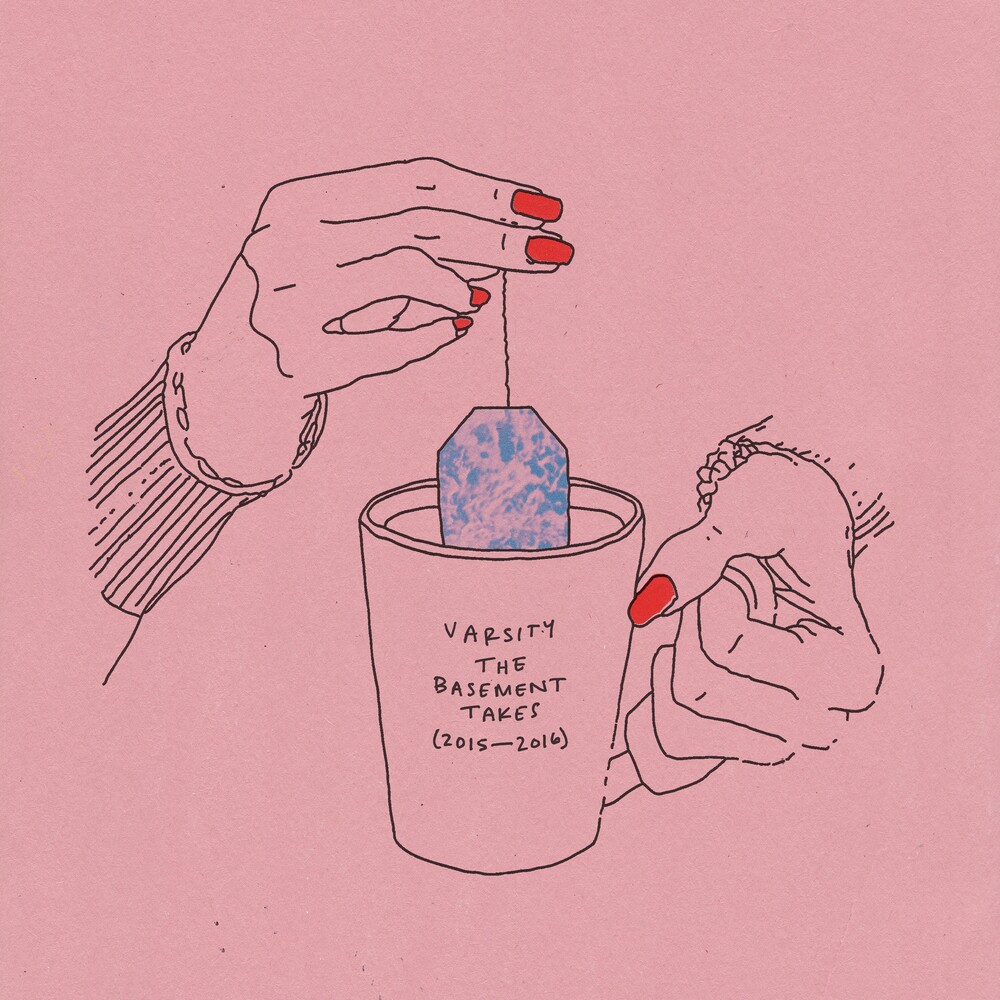 Varsity came to fruition one night in 2013 when several Chicago musicians gathered for a "salon night" where friends shared stories and songs. Singer-keyboardist Stephanie Smith was set to perform solo, but was quickly drawn to the sound of guitarists Dylan Weschler and Pat Stanton and asked them to join her. Shortly after their first performance as a trio, they recruited Jake Stolz on drums and his brother, Paul Stolz, on bass to fully round out their sound and become the quintet that they are today. The Basement Takes is a collection of some of Varsity's scattered singles and other recordings from the first few years of the band's existence. The LP features six songs only previously available digitally or on cassette directly from the band, as well as two previously unreleased tracks, "Taken By Surprise" and "Second Act." It also marks the first time that the band's viral hit 'So Sad, So Sad' will be available on vinyl.