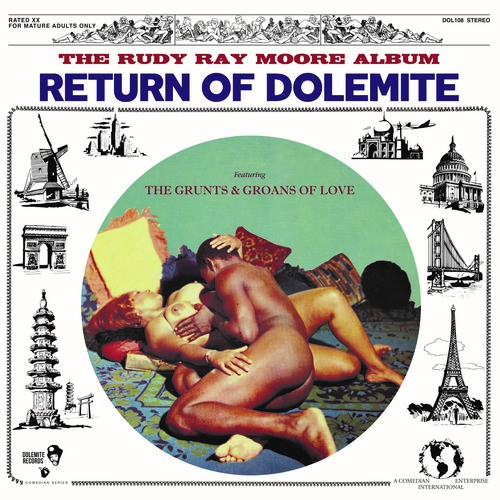 The scope of influence of comedian Rudy Ray Moore is palpable and far-reaching. A consummate performer and raconteur, Moore's comedy emphasized raw and explicit story-telling and
wisecracking, often told in rhyme. So it’s no wonder that his marked has touched the world of comedy and hip hop.

2019 will go down as the year that Rudy Ray Moore’s legacy is solidified. “Dolemite Is My Name” will be released via Netflix with Eddie Murphy staring as Rudy Ray and a supporting cast that includes Wesley Snipes, Craig Robinson, Mike Epps, and Chris Rock.

There couldn’t be a better time to revisit Moore’s “Return of Dolemite”, a comedic effort so raunchy that on original release many retailers only sold the LP from behind the counter! Dolemite Records presents “The Return Of Dolemite” for Record Store Day 2019 in its first vinyl pressing since the 1970s.