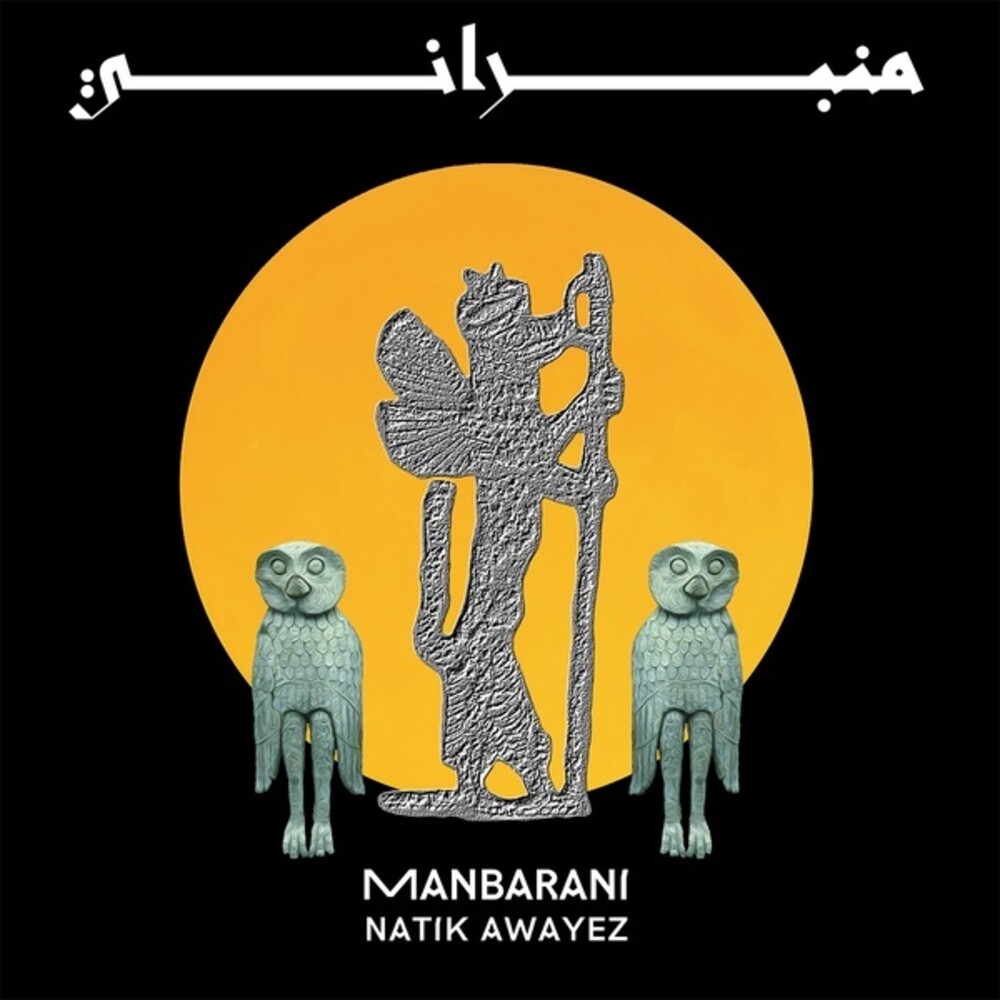 Vinyl LP pressing. Unique contemporary Arabic folk music sounding unfrozen & released from another time, Natik Awayez has created a pure, expressive sound breaking free like a bundle of torn, faded oracles spreading far and wide across the empty spaces. Rhythmic percussive arrangements by Khaled Yassine are the foundation for oud, violin, buzuq, and Awayez' lush voice, which floats atop the instrumentation like a series of prayers baking deep inside the ovens of sadness and despair, only to manifest as inspiration for the soul's navigation towards redemption. These songs have been swirling inside the mind of Natik Awayez for a while now, collecting nuance and harmonizing with the buzzing of wasps, as he explains: "Iraq is the source and Yemen the soul. As for Cairo, it has offered me snippets of time and a small abode, a handful of it's most beautiful musicians and a lot of love. And so, Manbarani came to be." Recorded in Cairo, Awayez and producer Maurice Louca enlisted some of the region's best known musicians: Tamer Abu Ghazaleh and Maryam Saleh (Lekhfa), Aya Hemeda and Adham Zidan (The Invisible Hands), Khaled Yassine (Alif / Lekhfa) and Ayman Asfour (Elephantine).