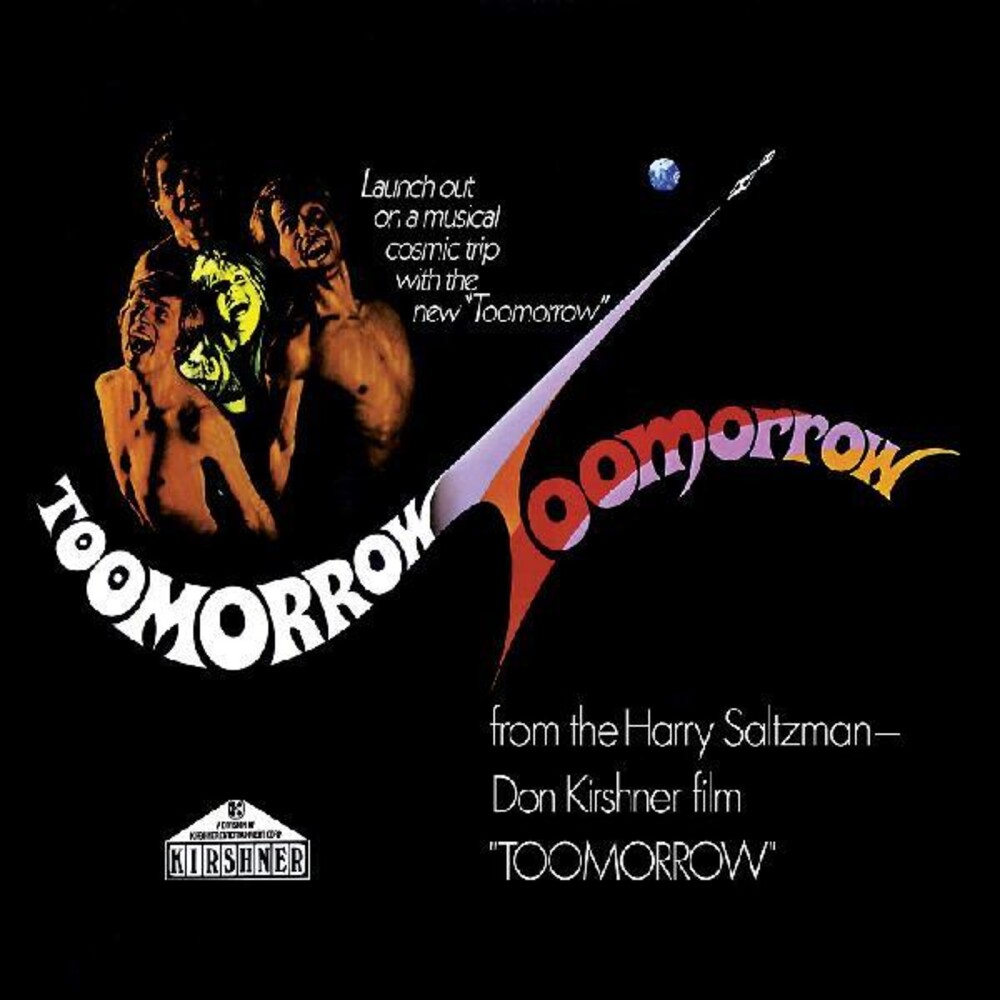 Limited purple colored vinyl LP pressing. Includes insert. Long before she was Sandy, the good girl of Rydell High, or Kira, the Olympian muse of the roller disco Xanadu, Olivia Newton-John was just plain Livvy, the girl singer with dreams of the big time in the 1970 sci-fi movie musical Toomorrow. This little-known motion picture was the brainchild of music impresario Don Kirshner and Harry Saltzman, best known for co-producing the first nine James Bond films with Albert R. Broccoli. And Toomorrow wasn't just the movie's title. After a lengthy talent search, Kirshner and Saltzman assembled the band Toomorrow, whom the music mogul modestly described as 'the best-looking total group that ever existed.' Why the misspelling? As drummer Karl Chambers put it in the film itself, 'I dig it! We're too much, we're too morrow!' At least Kirshner thought so - he had visions of Toomorrow achieving the success of his previous creations the Monkees and the Archies, and enlisted the aid of songwriters Mark Barkan and Richie Adams (along with composer Hugo Montenegro) for the movie's bubblegum-meets-rock tunes. But, weighed down by legal problems surrounding Saltzman, and a premise - Toomorrow was going to save a race of aliens called the Alphoids from an existence-threatening 'sterility of sound - that was silly even by late-'60s B-movie standards, the movie went nowhere. The soundtrack, however, boasting the nascent superstar Newton-John, has attained serious cult status over the years, with the original record commanding prices that are truly from outer space.