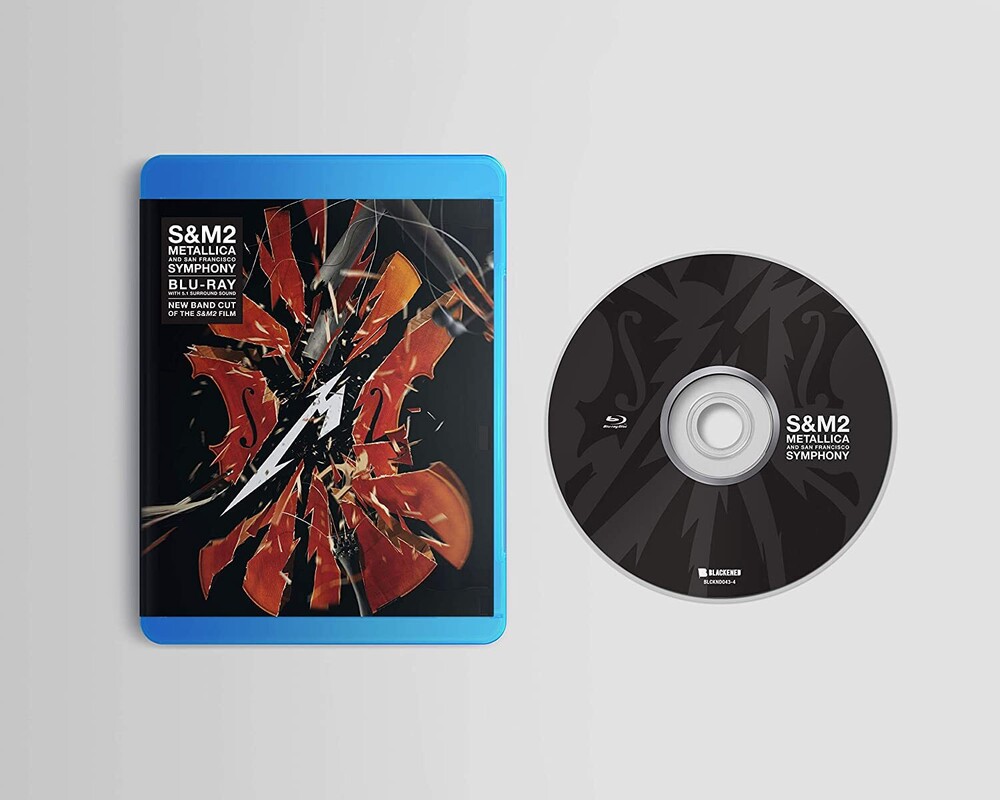 BLU-RAY: S&M2, the live concert film from Metallica & The San Francisco Symphony is the concert event of the year! S&M2 features 20 songs (over 2.5 hours of music) from the two-night event that opened San Francisco’s new Chase Center, with many Metallica fan favorites and 2 unique classical songs chosen by San Francisco Symphony Musical Director Michael Tilson Thomas, S&M2 is newly re-edited by the band with re-mixed and remastered audio for a whole new look and sound from the original theatrical run in October 2019. The Blu-Ray features the concert and behind the scenes bonus footage.

Metallica and San Francisco Symphony’s September 6 & 8, 2019 S&M2 concerts were historic on multiple levels: They served as the grand opening of San Francisco’s Chase Center, reunited the band and Symphony for the first time since the 1999 performances captured on the Grammy-winning S&M album, and featured the first-ever symphonic renditions of songs written and released since those original S&M shows.

The sold out shows were rapturously received by the 40,000 fans who traveled from nearly 70 countries, as well as the media: Rolling Stone raved “the group proved that anything was possible,” Variety noted an atmosphere “buzzing with excitement,” while the Mercury News witnessed "a concert that fans will be talking about for decades to come,” and Consequence of Sound hailed "a true celebration of Metallica and their musical prowess.”