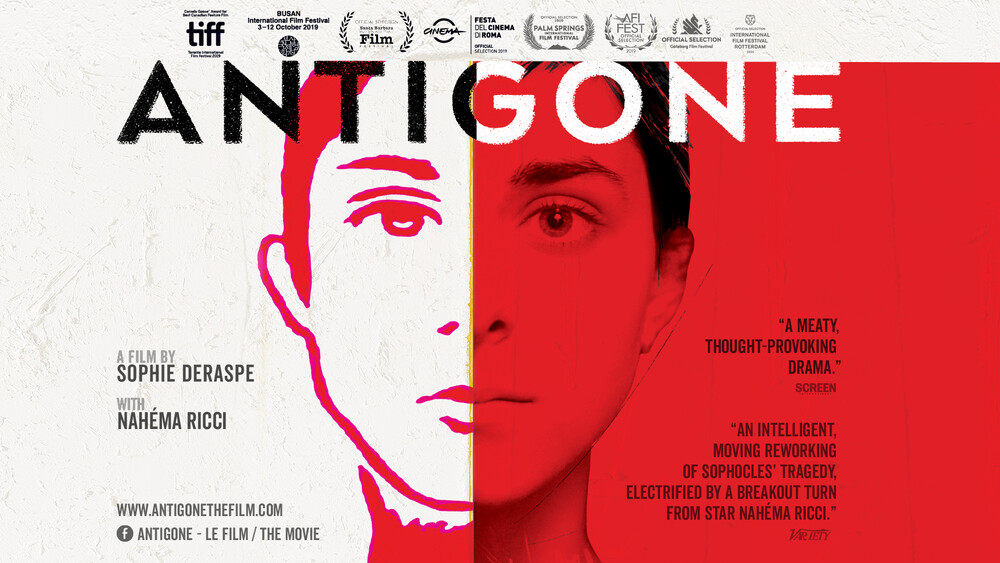 Writer-director Sophie Deraspe's incisive liberal adaptation of the Greek tragedy by Sophocles is the daring story of one young woman's commitment to her family, even if it means sacrificing herself.

Newcomer Nahéma Ricci gives a stunning, luminous performance as Antigone, an Algerian-born teenager living in Montreal with her immigrant family. Her world is shaken when her oldest brother is wrongfully gunned down by police during the arrest of her other brother who, if convicted, faces deportation. She invents a fearless, dangerous plan to free him, but can it succeed?

As Antigone's predicament intensifies and the consequences of her actions spiral out of control, the film deftly incorporates urgent and explosive contemporary questions of immigration and belonging, social media and identity, and the power of idealism.