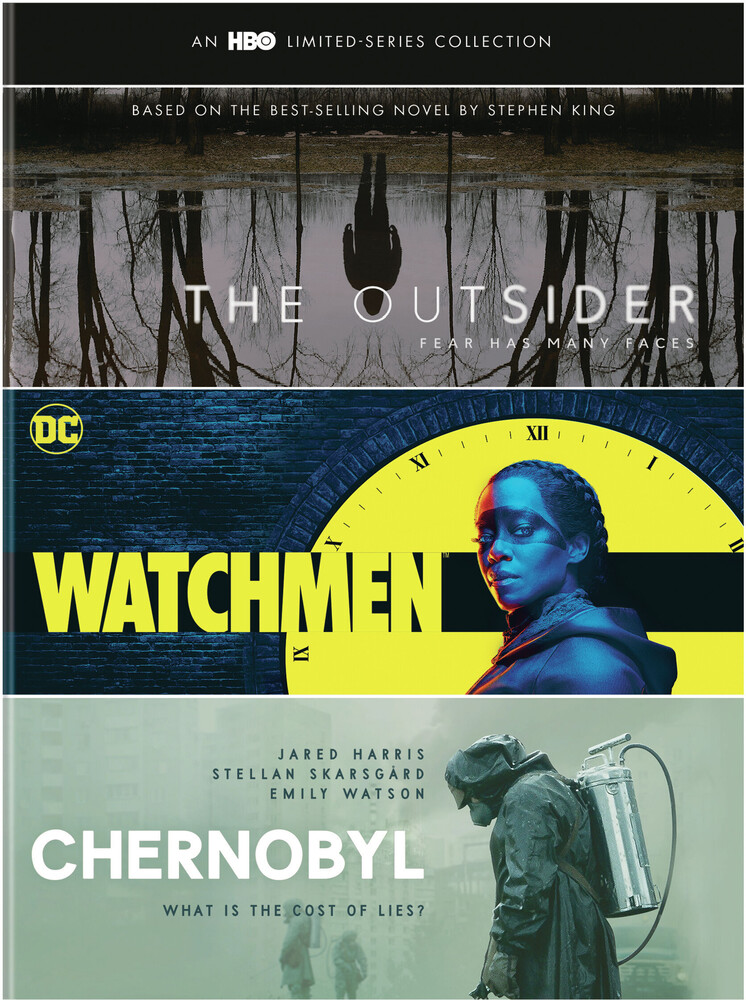 Set in an alternate history where masked vigilantes are treated as outlaws, WATCHMEN, embraces the nostalgia of the original groundbreaking graphic novel, while attempting to break new ground of its own. WATCHMEN reunites executive producer Damon Lindelof with The Leftovers' Regina King, leading the cast which also includes Jeremy Irons, Don Johnson, Jean Smart, Tim Blake Nelson and more.

TheOutsider: Based on Stephen King's bestselling novel of the same name, The Outsider begins by following a seemingly straightforward investigation into the gruesome murder of a young boy. But when an insidious supernatural force edges its way into the case, it leads a seasoned cop and an unorthodox investigator to question everything they believe in.

Chernobyl is presented on Blu-ray courtesy of HBO with an AVC encoded 1080p transfer in 2.00:1. The IMDb lists Arri Alexa Minis as having digitally captured the imagery, and I was actually a bit surprised to see that the IMDb lists this as having been finished at a 4K DI. That may be slightly misleading for some "spec readers" who would naturally expect an incredibly well detailed transfer bursting with precise visuals, but as can be gleaned from several of the screenshots I've uploaded to this review, huge swaths of this story play out in near darkness, or at best in dimly lit (at times flickering) light, so that fine detail in particular can be pretty variable at times. The entire palette is kind of drab and wintry a lot of the time, with little traditional "pop", and with an emphasis on cool or neutral tones like grays and greens. In decent lighting conditions, detail levels are quite good, though director Johan Renck and cinematographer Jakob Ihre tend to favor midrange shots a lot of the time, so that (again) fine detail can be somewhat variable. There are no issues with compression anomalies or noise, something that's especially welcome given the glut of dark (as in dimly lit) material on hand here.