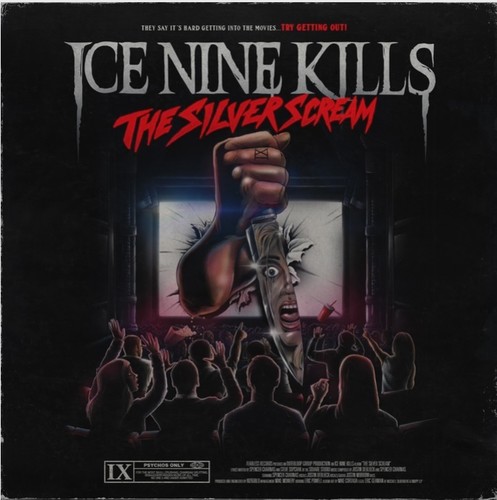 In early 2018, the guys hit the studio with producer Drew Fulk (Motionless In White, Pop Evil) in Los Angeles to record The Silver Scream. Following the sessions, Ice Nine Kills initially teased the release with The Shining-inspired 'Enjoy Your Slay' featuring a cameo from none other than Sam Kubrick frontman for The Shields and grandson of Stanley Kubrick. The title The Silver Scream fits like a bloody mask. 'It sounded like an eighties slasher flick to me,' exclaims Spencer. 'It s got that tongue-in-cheek double entendre. I really love that.' In the end, Ice Nine Kills carve up a big screen-worthy escapism of the highest order and reach a new level in the process.