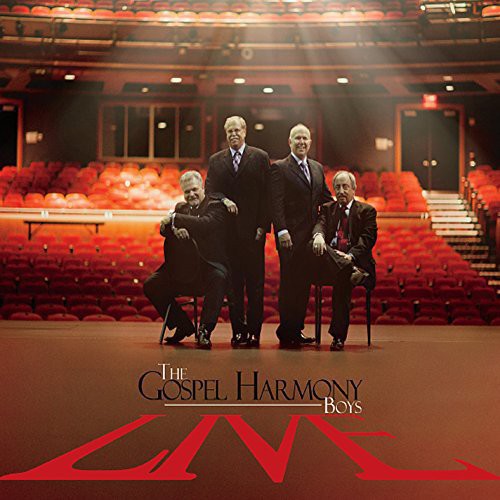 Though the Gospel Harmony Boys were organized in Huntington, WV in 1952, they bring the excitement and enthusiasm of today's Christian music. Throughout their 61 year history, this group of professional men has been given many honors and attained many goals. These include the distinction of being the first gospel quartet to ever appear on live network television as guests of Dave Garroway on NBC's "Today Show" in 1952. They hosted the nation's first weekly scheduled gospel music television program that was broadcast for nearly two decades and became regular viewing for more than a million families in West Virginia, Ohio, Kentucky and Virginia. And today, their ministry continues to impact thousands of individuals through radio, TV and the worldwide web. The 'Harmony Boys' were also pioneers in gospel recordings releasing their first 78 rpm recording in 1953 and their first LP album in 1963. Their current recordings are often found on today's national gospel music charts. The group's credits have always been impressive as they share the stage with hundreds of other famous entertainers from the country and pop fields. They have been recognized in Gospel Music's leading trade publication, as one of America's leading groups based on the 'quality of their live performances and recently released recordings.' Jerry Kirksey, past editor of "The Singing News", described them as 'the epitome of class and style". The Gospel Harmony Boys have been recognized and honored by their home state by being named West Virginia's Official Ambassadors of Goodwill and August first is Gospel Harmony Boys Day in West Virginia. They also hold WV's highest civilian honor, the Distinguished West Virginian Award. They have also been commissioned by the Governor of Kentucky as "Kentucky Colonels". Most recently, in tribute to Christian service and contributions to the ministry of gospel music, the Gospel Harmony Boys were inducted into the Christian Music Hall of Fame in Dallas, TX and are currently nominees for the Artist's Music Guild's "Vocal Group of the Year for 2014". Whether on Main Street, in a large civic center auditorium, a fairground grandstand, or a wonderful community church, a performance by the Gospel Harmony Boys will have your audience laughing, crying and enjoying great gospel music while they hear a glorious message of love. As is illustrated in this Live recording, the outstanding vocal arrangements of the GHBs always includes many happy, hand-clapping rhythms, soul stirring ballads, traditional gospel classics, and always some great old hymns. As their trademark so aptly says, 'HARMONY is our middle name.'