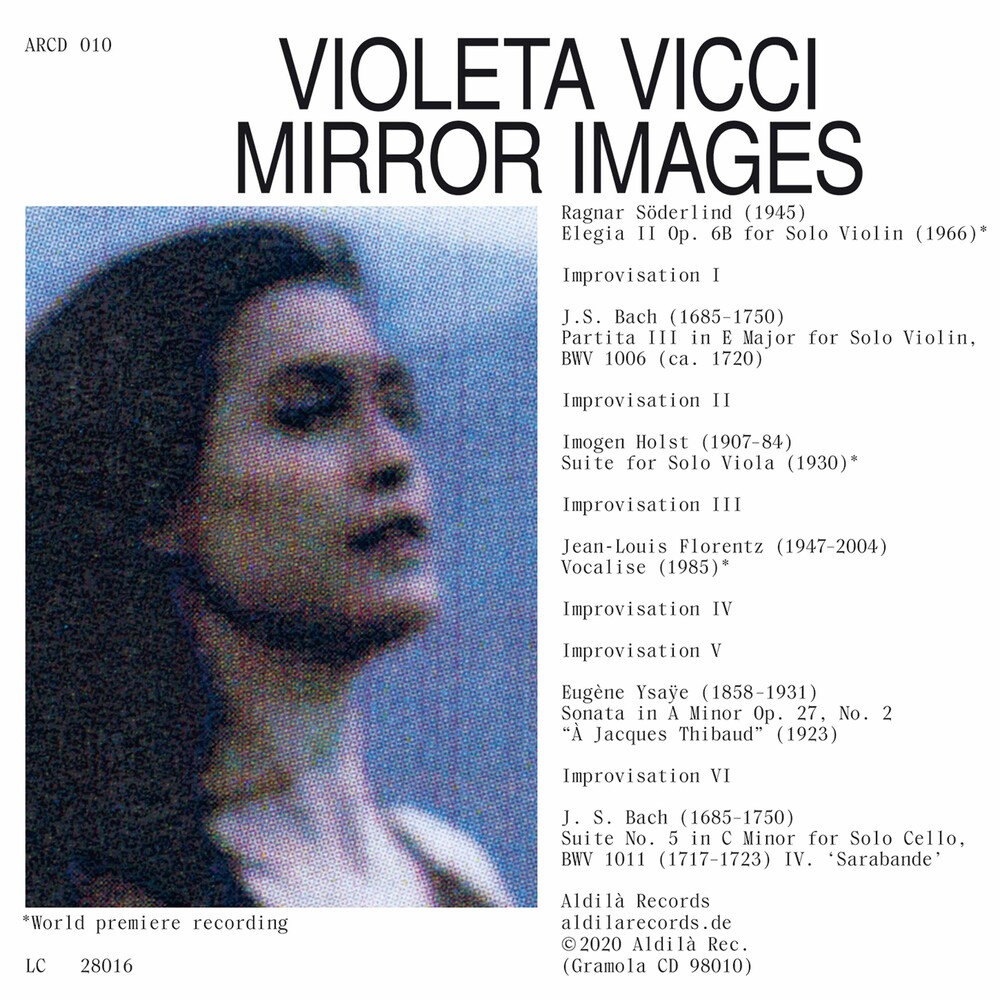 Violeta Vicci is a multifaceted, contemporary artist and musician. Of Catalan - Swiss descent, based in London, she feels comfortable genre-crossing from Classical to Improvisation, Ethno Avantgarde, Ambient, Multilayered Electronics, her influences ranging from traditional to pop. The original idea for the album stems from the reflection of elements between Bach's E Major Partita and Ysaÿe's second Solo Sonata. A journey not only through time, but to the most unusual of spaces. The album opens with world premiere recording of Ragnar Söderlind's natural and mystical Elegie for solo violin, balanced out by the serene expression of the Vocalise for solo voice, seeped in orientalism, by Jean-Louis Florentz. Violeta Vicci isn't just an accomplished violinist and singer, but plays the viola, present in both the folklore inspired world premiere recording Suite by British composer Imogen Holst, and the closing piece of the album, the Sarabande in C Minor by Bach. Between the compositions, are improvisations, some solo, some two voices intertwined as "overdubs", acting as transitions and woven into the very fabric of the album. Violeta Vicci's "Mirror Images" is one of the most surprising and contemporary Solo-Albums of our time. A concept album beyond intellectual reasoning, an album of all encompassing, spellbinding dramatic art.